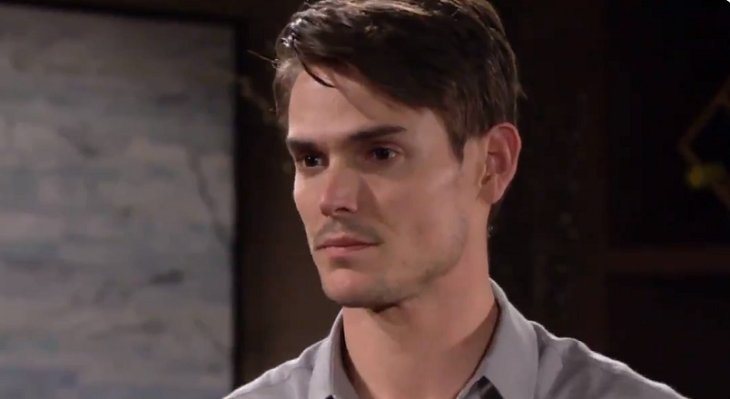 Adam Newman (Mark Grossman) may, or may not be suffering from amnesia on the Young and the Restless. This poll question asks a different question that relates to who he’s secretly working with, as implied by the text message that was sent.

After arriving in Genoa City and settling into the tack house his father, Victor Newman (Eric Braeden) provided, Adam sent a text to an unknown person. He digitally whispered to whoever that he’d arrived in GC and that all was going smoothly.

Young And The Restless Spoilers – Could It Be Riza Thomas?

Her brother, Nick Newman (Joshua Morrow), isn’t currently involved with anyone. So he might text mom, Nikki Newman (Melody Thomas Scott), if he wanted her to watch Christian Newman (Jude and Ozzy McGuigen) because the nanny had to leave early and he was stuck at Dark Horse. 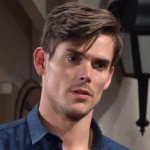 Sharon Newman (Sharon Case) is surely keeping her new boyfriend, Rey Rosales (Jordi Vilasuso), up to date on developing matters. That would easily be done by text message.

But Adam, well who would he be in touch with if he doesn’t remember anyone? Ah, but he does know Riza Thomas (Tina Casciani). Yes, maybe the card shark maven would have received the update.

Young And The Restless Spoilers – Is It Chelsea Newman?

Being Adam’s seeming contact to lucrative, high stakes poker games in Las Vegas, Nevada, might make Riza a person he would contact during the proposed one-week jaunt back home.

Before Chelsea left town, in a rush, last year, she took money from within the walls of the Chadam penthouse and stored it in the columbarium behind Adam’s name plate. Might the duffel bag of cash Adam unzipped at the tack house be that recovered loot, or was that stash carried from Vegas?

Fans of ‘The Young and the Restless’ rightfully express their opinions on a regular basis. So, who is Adam’s secret partner? Is it Riza, Chelsea or someone else? Please vote in our poll below!

This site is a leading source of engaging information about the Young and the Restless.