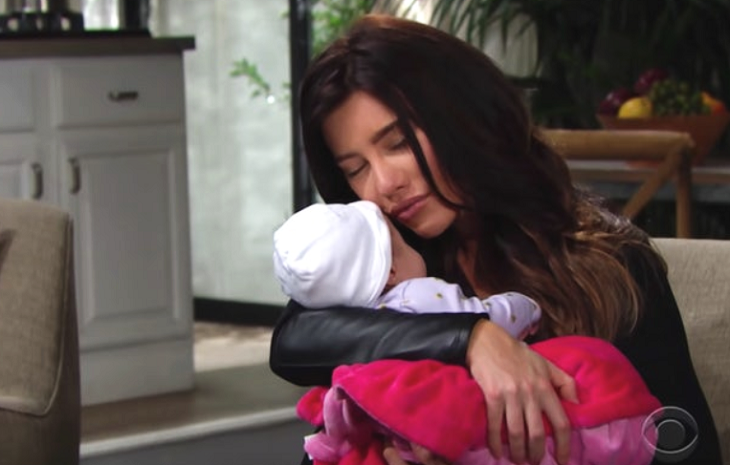 Liam Spencer (Scott Clifton) was just telling his wife, Hope Spencer (Annika Noelle), that Steffy Forrester (Jacqueline MacInnes Wood) is about to return from Paris, France, on ‘The Bold and the Beautiful’. He said that everything will be easier with the girls when that happens. Oh, really?

The triangle of characters referenced above has no idea that Phoebe Forrester (Isabella de Armas and Rosalind Aune) is actually Beth Spencer. Clearly that mega news drop will alter the lives of all involved when it hits. So, the question is – will Steffy’s pending return will be used to create the reveal?

It’s fair for B&B fans to wonder if 2019’s Daytime Emmy Award winner, as Outstanding Lead Actress in a Drama Series, will return and then learn Phoebe isn’t who Reese Buckingham (Wayne Brady) and Flo Fulton (Katrina Bowden) claim she is.  Considering the expanding number of people who know the truth, this reveal could unfold in various ways.

Wood has been away from the set for awhile. Her maternity leave went well, as she and her husband welcomed a healthy baby boy to their family.

Now that Wood is back recording episodes, fans will soon see Steffy’s smiling face, along with those of Liam’s two daughters.

Of course, Clifton’s character believes that Kelly Spencer (Zoe Pennington and Chloe Teperman) is his biological daughter with Steffy, which is true, and that Phoebe is the baby that Steffy adopted privately.

Bold And The Beautiful Spoilers – Heartbreak On The Way

While Wood enjoys her first Daytime Emmy win, which was also the first time she was nominated in the Lead Actress Category, she’ll also be working through what are sure to be dynamic scripts.

With another chance to evidence deep emotions, Steffy will be completely heartbroken when she has to give Phoebe-Beth back to her real parents. 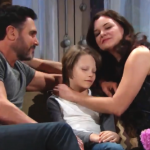 Liam believes that his life with Hope is about to become more stable because Steffy, Kelly, and Phoebe are returning. But sooner or later, the opposite will happen.

Fans of the Bold and the Beautiful rightfully express their opinions on a regular basis. So, will Steffy’s return finally reveal the baby switch, or will B&B hold this reveal for awhile longer? Please vote in our poll below!