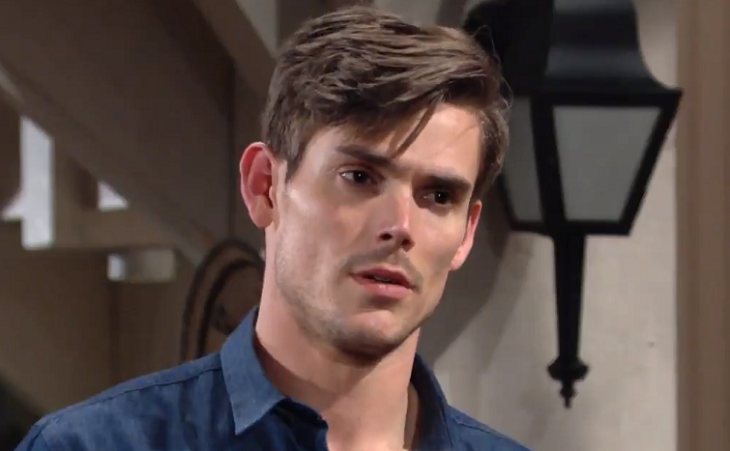 The Young and the Restless spoilers tease that Adam Newman (Mark Grossman) is about to stir up some major drama among his family and friends back in Genoa City. Y&R spoilers indicate Adam will be packing his bags and traveling back to his hometown, in a move that’s sure to send everyone who used to know him reeling.

Of course, for Y&R viewers, the new face of Adam Newman will take some getting used to. At first glance, Mark Grossman seems a bit younger and grittier than the other actors who have portrayed Adam over the years. But there’s much more to this talented actor.

We thought it was time for a look at the man behind the new Adam – who he is, what he’s done, and what he brings to the role and to Y&R in general. As we see it, there are five key things to know about Mark Grossman as he embarks on his new role as Adam Newman.

When Mark auditioned at Y&R, he didn’t know it was for the role of Adam Newman. Mark recently told SOD that “there wasn’t too much said about what we were trying out for…we didn’t know a lot about the character.” It was only after he got the job that he found out that the role he landed was actually that of Adam Newman. 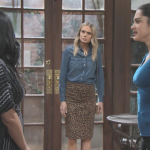 2. Has Appeared On Prime-Time

While Mark hasn’t appeared on daytime TV before, he’s appeared on several night-time series. Specifically, he’s appeared in guest roles in “Before I Got Famous” and “Beauty Queen Murders.” And he’s appeared as a regular in “Famous In Love” (as Shane/Landon) and in “Hustle” (as Dan).

3. Played The Beast In His First Role

Mark’s very first role was as “the Beast” in a school production of “Beauty & The Beast.” According to Mark’s IMDb page, it was an exhilarating experience for the youngster and introduced him to the creative arts.

4. Has Worked With Other Soap Stars

Mark is appearing in an upcoming major motion picture called “Two Cents From A Pariah.” He plays a character coincidentally named Adam, who is a mechanic. The film is about a life coach to the rich and famous who is forced to face his past when he’s exposed as a fraud.

Young And The Restless Spoilers – Sure To Shake Things Up

It will be interesting to see Mark’s version of Adam and to watch him interact with other key characters on Y&R. In particular, he’ll surely have some major conflict with Nick Newman (Joshua Morrow) over his son Christian Newman (Jamie and Alister Tobias), whom Nick has been raising for the past few years.

Young And The Restless Spoilers: Who Will Be Adam Newman’s Love Interest? https://t.co/96qFr3zmqD pic.twitter.com/u1TxK8PfkF

Adam may also shake things up for Victoria Newman (Amelia Heinle), who seems to have secured her footing with Victor Newman (Eric Braeden) at Newman Enterprises. Adam’s return could cause mayhem for her at work, especially if Victor is determined to bring Adam back into the professional fold.

Are you excited to see Mark Grossman’s version of Adam Newman hit the small screen?