Young And The Restless News: Fans Are Still Debating Who Is Responsible For Delia’s Death—Billy Or Adam! 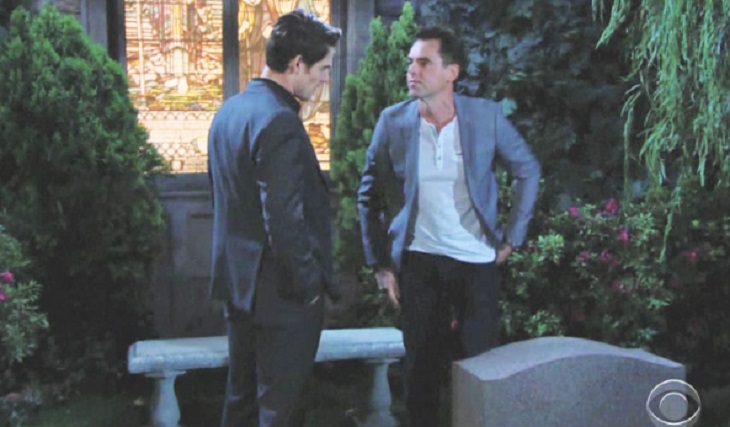 The Young and the Restless Spoilers tease that after five years, the Y&R fans still haven’t let go of Delia Abbott’s (Sophie Pollono) death and the events that lead to her demise. The fanbase remains conflicted about who is at fault. With Adam Newman’s (Mark Grossman) return, the debate is back in full swing.

Who do you think is responsible for the young girl’s death? Let’s look closer at what happened and decide.

Adam has never denied hitting her, well since he admitted he was driving that snowy October night. His story was that he thought he hit an animal but after he heard the news, he figured out that he was the driver that killed Billy Abbott’s (Jason Thompson) little girl.

Billy and Adam had a near-fatal standoff and Chloe Mitchell (Elizabeth Hendrickson) just recently made peace with the Newman after attempting to kill him, at least three times.

Some Y&R fans believe that it was Adam’s fault as he should have been watching the road. In his defense, this happened during a stressful time when he wasn’t sure if his son would be okay or not. His son was having serious vision problems.

No matter how you feel about Adam, there is little doubt that Billy shares some of the blame. Y&R fans remember that Billy left Delia in the car with her dog so he could buy ice cream. Her dog got out and she chased after him into the street.

If Billy would have taken her inside the store with him, she would be safe and alive. But he decided to let her stay and wait for him. In the three to five minutes that he was in the store, his whole life changed.

Young and the Restless fans know that part of Billy’s grief on Delia’s death is he feels responsible. And, the other part is Adam really never paid for killing her. However, in Adam’s defense, he never meant to hit her.

There’s also the chance the Y&R writers may want to revisit her death and rewrite history by clearing Adam and making someone else be the driver that claimed Delia’s life.

Who do you think is more at fault for Delia’s death?