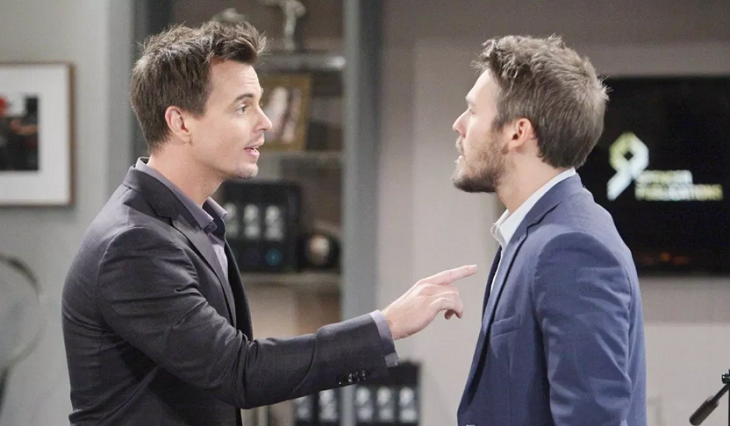 Wyatt will appeal to his brother to come home as soon as he can as Thomas is pulling out all the stops to make sure that he gets Hope to himself. Wyatt learns about Thomas’ scheme from Sally Spectra (Courtney Hope).

It all starts when Wyatt sees Sally having a heated argument with Thomas. He starts to have doubts on the faithfulness of his girlfriend and considers his mom’s warning that she could be cheating on him.

Bold And The Beautiful Spoilers – Sally Spectra Defends Herself

Sally defends herself and tells Wyatt how much she loves him and that Thomas is just venting out his frustration as he was going through a tough time. However, she fails to convince Wyatt and he decides to end their relationship.

Having no other choice, Sally is forced to come clean and tell Wyatt about Thomas’ true intentions. However, her honesty does not appease Wyatt. Instead, he splits up with her and gets in touch with Liam to tell him everything.

Meanwhile, Thomas uses his son to manipulate Hope and tries to convince her that they are meant to be together. Viewers may recall that Hope and Thomas were together a few years back and they both have had a number of relationships since they broke up.

However, Thomas reveals that he still loves her and that he’s been harboring feelings for her all these years. He kisses her and even pulls out a ring when he asks her to be his wife.

However, Hope will try to make it clear that she’s already married to Liam and that she will not leave her husband.

Later, Thomas daydreams of Hope admitting that they are meant to be and kissing him passionately. However, he will have a tough reality check when Liam catches a flight back to Los Angeles and is ready to set things straight with Thomas. He confronts him about his manipulation and orders him to leave Hope alone. But Liam’s warning won’t stop Thomas from pursuing Hope.