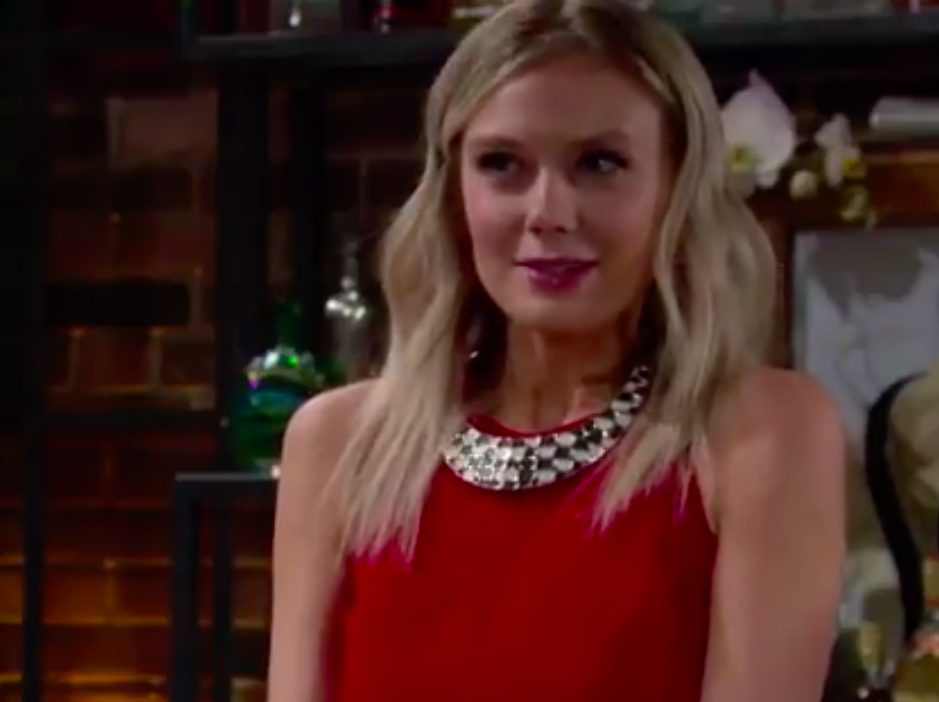 The theme last week on the Young And The Restless (Y&R), was all about saying goodbye. During a particularly heartbreaking episode, the Abbott family moved their matriarch into a medical facility. Then the next day, the Winters family patriarch said his own farewells, through the reading of his will.

Dina Mergeron’s (Marla Adams) mental health has been deteriorating for months, right before her children’s eyes. She’d been living on the Abbott estate, but after she lashed out at Traci Abbott (Beth Maitland), they knew it was time for her to move on. Dina didn’t want to go and managed to escape the house, leaving her alert bracelet behind.

Jack Abbott (Peter Bergman) tracked his mother to Chancellor Park, where she was listening to Tessa Porter (Cait Fairbanks) sing. And thanks to Tessa and her promise to sing for Dina at her new home, she finally agreed to leave the Abbott household.

“I just realized – this may be the last time mother ever walks through that door,” a tearful Traci said to her sister Ashley Abbott (Eileen Davidson) as Jack walked Dina out.

Young And The Restless Spoilers: Neil Winters Will Is Read

Meanwhile, Neil Winters’ (Kristoff St. John) will reading took place. Lily Winters (Christel Kalil) received the bulk of his estate and his young son Moses and grandchildren received trust funds. Devon Hamilton (Bryton James) was left Hamilton-Winters but with a stipulation that Nate Hastings (Sean Dominic) would receive a seat on the board of directors.

The worst inclusion was Neil’s harsh words to Cane Ashby (Daniel Goddard). He chastised Cane for all the hurt he had put Lily through over the years and said his gift to him was his forgiveness. It was an uncomfortable moment that seemed highly unnecessary and very out of character for Neil.

And is it just me or do Abby Newman (Melissa Ordway) and Nate have about as much chemistry together as tomato juice and chocolate pudding? Sorry, I’m just not seeing these two as a couple. When Abby chastely kissed Nate on the cheek after their first date, it seemed like the proof was in the pudding, so to speak. Abby has much more chemistry with Devon.

Then again, maybe viewers should thank their lucky stars writers aren’t pairing her with Devon. Nate really should heed her warning about dating her. For years now it seems like getting together with Abby is the kiss of death for an actor on this show.

Neil’s will is read today on #YR. pic.twitter.com/Zcn6PvXB6M

Young And The Restless Spoilers: Abby Has The Kiss Of Death

One example of this phenomenon was Ben “Stitch” Rayburn (Sean Carrigan). Abby and Stitch were married for less than a year and then the actor promptly exited Y&R after they broke up.

A more recent victim of Abby’s kiss of death was Arturo Rosales (Jason Canela). He was the first member of the Rosales family to set foot on the Y&R canvas. But within less than a year of hooking up with Abby, he’d been written off the show.

Did you think Neil’s final words to Cane were way too harsh? And you think dating Abby is the kiss of death on Y&R? Let us know in our comments section.