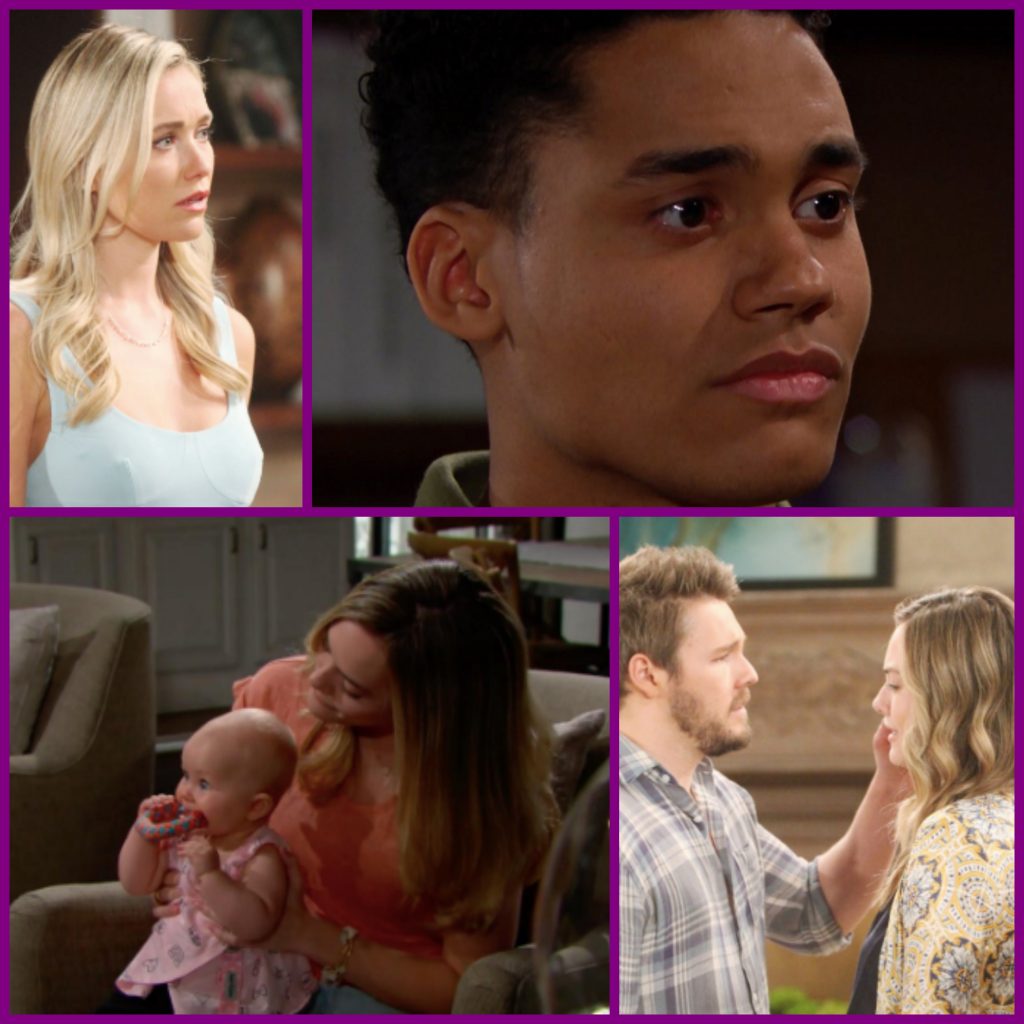 The Bold and the Beautiful spoilers that the moment everyone has been waiting for is here: the truth is almost out. After months of seeing Hope Logan (Annika Noelle) grieve a child that she technically didn’t lose, it appears as though she will finally find out that her baby Beth is indeed alive and well. Here’s what you need to know.

According to Soaps in Depth, Xander Avant (Adain Bradley) and Zoe Buckingham’s (Kiara Barnes) relationship is going to be put to the test. After Xander overheard Zoe and Flo Fulton (Katrina Bowden) talk about baby Beth, he’s been demanding to know the truth and nothing but the truth.

Feeling pressured, Zoe revealed that Baby Beth is alive and actually under the care of Steffy Forrester (Jacqueline MacInnes Wood). However, Steffy has no idea that the baby she adopted is actually Hope and Liam Spencer’s (Scott Clifton) biological child.

Bold And The Beautiful Spoilers: Hope And Liam Spencer Close To Finalizing Divorce

The Bold and the Beautiful spoilers indicate that Hope and Liam are close to finalizing their divorce. The only thing left for them to do is to sign their names on the dotted lines. Hope has been adamant that Liam is better off with Steffy, simply because Hope couldn’t give him the family that he has always dreamed of having.

The moment that Hope and Liam put their marriage to rest, Xander is going to burst in the room with a huge bombshell that is going to rock their world. Xander will tell them not to sign anything until he speaks with them alone. And while it might be easy for Xander to tell Hope and Liam the truth, Zoe and Flo are going to be in full panic mode!

Their secret shattered a marriage. 💔 Will the truth come out before it’s too late? See what happens this week on #BoldandBeautiful! pic.twitter.com/lUrHhdHH76

Flo knows that her world is going to come crashing down, especially since she is responsible for telling one lie after another. Also, Zoe will be worried that her connection to her father is going to have some serious implications on her life and her position at Forrester Creations, too.