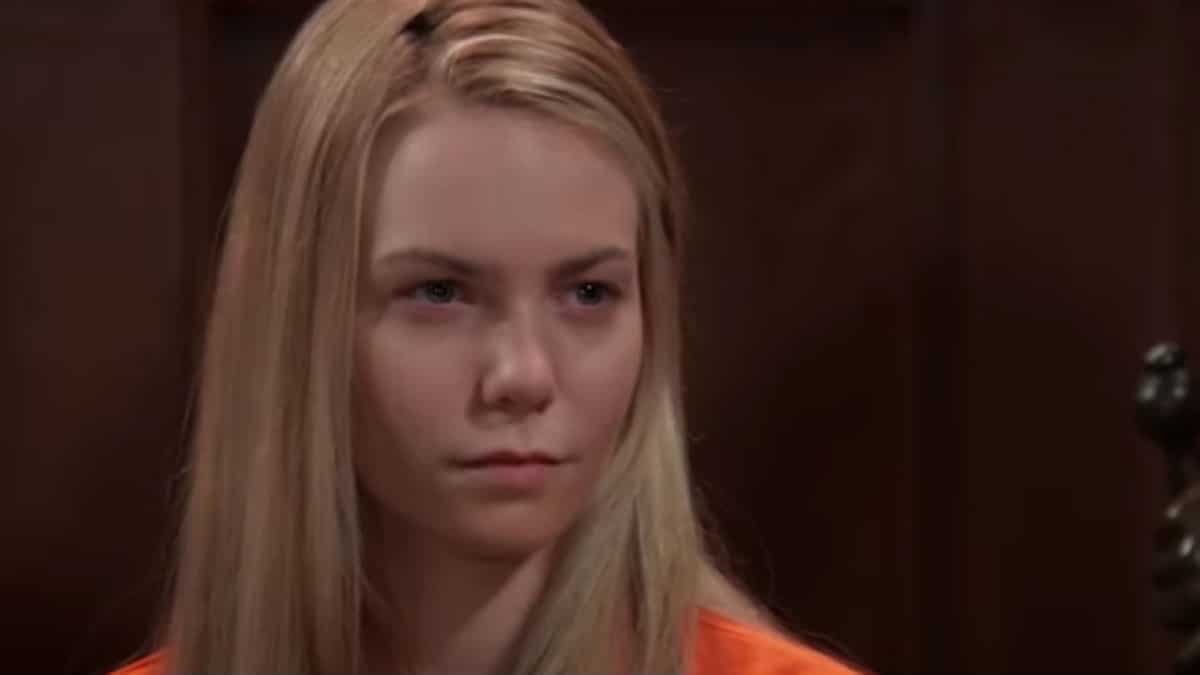 General Hospital spoilers tease that viewers are in for a big character return, as Nelle Benson (Chloe Lanier) returns to GH during the week of June 3rd.

It appears that Nelle may end up feigning a medical issue, or perhaps she’ll have a real medical crisis. At any rate, she’s going to have words with Brad Cooper (Parry Shen), so her real or faked medical situation may be a way to summon Brad for an update about her son.

Nelle will likely want to know about how “Wiley Cooper-Jones” (who is actually Jonah Corinthos) is doing. GH spoilers indicate that Nelle will see a photo of “Wiley,” so it looks like Brad will provide her with information about how “Wiley” is doing these days. But she might catch on that Brad has a lot on his mind.

Of course, Brad’s been frazzled simply about knowing that “Wiley” is really Jonah, but now he’s got a whole other problem. Willow Tait (Katelyn MacMullen), Lucas Jones (Ryan Carnes), and Michael Corinthos (Chad Duell) are now all under the impression that “Wiley” is Willow and Shiloh Archer’s (Coby Ryan McLaughlin) biological child. Brad and Lucas could realistically lose “Wiley” to Shiloh if Shiloh finds out about the child and fights for custody.

One wonders if Brad will let Nelle know about what’s happening on that front. He’ll probably want to shed as little details as possible out of self-protection, but then again this is Brad that we’re talking about.

He feels a special friendship with Nelle and might clue her in about the Shiloh problem out of sheer nervousness. And if he does, then that could lead to some interesting actions on Nelle’s part. Imagine Nelle going up against Shiloh!

At any rate, Brad and Nelle will interact, but that’s not all we know about Nelle’s upcoming stint on General Hospital. GH spoilers indicate that Nelle is also going to make some sort of getaway. Perhaps Nelle’s medical crisis will lead her to an opportunity to escape custody. This could happen while she’s being transported to or from GH.

General Hospital spoilers also indicate that Nelle will form a friendship with someone. Perhaps this person will help Nelle with her getaway. GH viewers will have to wait to see exactly who this person is – it could be someone we already know or someone new. At any rate, Nelle’s going to make an escape and that can only mean trouble.

"This is life and death." #GH pic.twitter.com/VbzcTWE7ub

And all of this leads us to wonder whether Brad will say something to Nelle that will cause her to escape custody in order to get to Wiley/Jonah. If that’s the case, then that means that Nelle may start working against Brad’s interests, which would be a new twist to the story.

GH Spoilers: Nelle Benson Should Cause Some Exciting Story Lines

At any rate, GH viewers will have to wait to see exactly what happens with Nelle, but knowing Nelle it should be exciting and unexpected…and a bit crazy! Are you looking forward to Nelle’s return?

Days Of Our Lives Spoilers: Maggie Unexpected Bonding With Xander, He Has Ulterior Motives