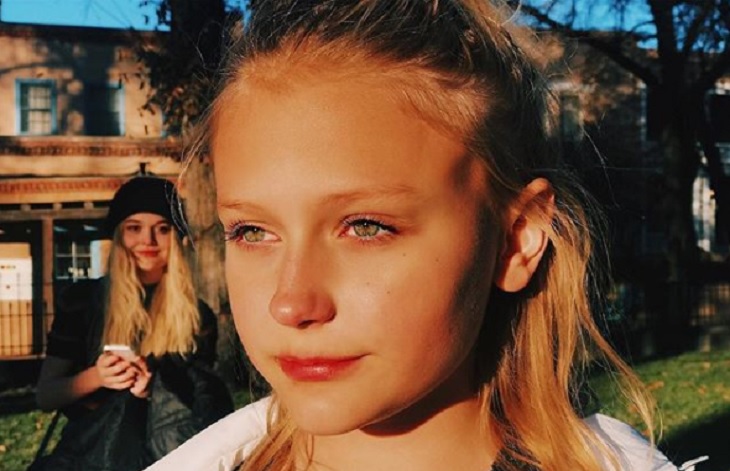 This is one tough cookie that you definitely don’t want to mess with! Apparently, The Young and the Restless star Alyvia Alyn Lind has a special talent that we didn’t know about. The actress, who is best known for her role as Faith Newman on the hit CBS series, has apparently been taking ax throwing classes.

The blonde cutie showed off her ax throwing skills in a fun photo that she shared on her Instagram account with her social media followers this past week.

Young And The Restless News – Alyvia Shows Off Her New Skills

Alyvia posted the pic and captioned it with, “I now have ax skills, come at me.” It didn’t take long for her social media fans to respond, as many commented on the photo with, “Awesome! Way to go. Now I will have to keep my distance,” along with, “You are right no Target cutie!” 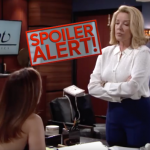 Another person wrote this fun comment, “Fine. I accept your challenge. We will meet at #daybreak on #netflix in 2019 but hopefully a lot sooner, like next month. Be there or be post-apocalyptic.”

And while it doesn’t look like Alyvia will be making her way to Genoa City anytime soon, we do know that she is working on her upcoming new Netflix series called Daybreak. Alyvia will play the role of Angelica in the high school apocalypse dramedy.

Her role is described as someone who is “a precocious, abrasive pyromaniac, Angelica is a pain in the ass who Josh accidentally saves from a bloodthirsty gang when he mistakes her screams for Sam’s. She begs Josh and Wesley to let her team up with them, and her flair for making Molotov cocktails starts to come in very handy.”

Also, let us know what you think by leaving us a line with your thoughts in our comments section below. And as always, don’t forget to check back with Soap Opera Spy for all the latest news, updates and spoilers on The Young and the Restless and all of your favorite daytime television shows right here!

i now have ax skills, come at me 😉