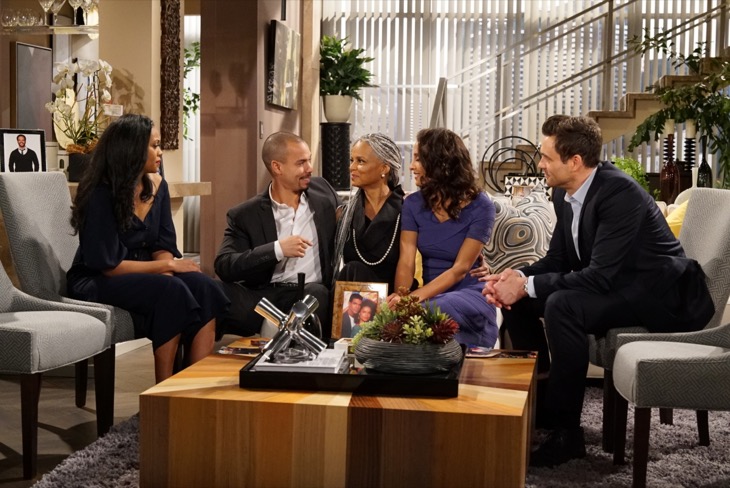 Several characters returned to “The Young and The Restless” for the tribute episode for the late Kristoff St. John, who played Neil Winters. Among the returnees was Victoria Rowell, who was last seen in the soap as Drucilla Winters 11 years ago.

In an interview with Soaps In Depth, Rowell said it was an “honor” to be part of the tribute and “it was a beautiful experience to share hugs with the cast and the amazing crew that I hadn’t seen in 11 years.”

“It was very emotional and very needed,” she added. Her brief reappearance sparked questions whether her presumed dead character might make a surprise comeback to the soap. She simply answered, “that ball is entirely in their court,” and teased, “but yes, I would return.”

For now, Rowell is keeping herself busy especially with the recent release of the movie version of “Jacqueline and Jilly.” Rowell wrote, directed, produced, and starred in the UMC/Prime Video series that tackles the effects of opioid addiction in the family.

“I concluded that if I couldn’t create a piece of entertainment that had a social-awareness mechanism embedded in it, then I’m in the wrong business,” Rowell explained. “I’m working on the script for the sequel,” she added.

She penned other UMC/Prime Video series including “The Rich and The Ruthless.” She said it was William J. Bell, “The Young and The Restless’” late creator who inspired her to pick up the pen and write. She recalled him saying, “I think you can do more” and she said, he was right.

It’s been a week filled with hellos & farewells, & It all began on Monday, when Victoria Rowell stepped back onto the set of #yr for the first time in 11 years… to film the #KristoffStJohn tribute episode! Did u watch it? Wasn’t it amazing! ❤️ #yr pic.twitter.com/Ltxe21Uerl

Rowell Would Love To Return To Y&R

Rowell also appeared in “Pride & Prejudice: Atlanta.” She described it as “a contemporary version of the [classic] story, and it’s led by an African American cast.” The project allowed her to work with director Rhonda Barak, Keshia Knight Pulliam, and Juan Antonio.

Before she debuted as an actress in the 1987 comedy film “Leonard Part 6” in 1987, Rowell was first a ballet dancer and a model. Her role as Drucilla Winters in “The Young and The Restless” was her longest role in television, and she earned three Daytime Emmy Awards nominations for her excellent performance. She joined the soap in 1990 and left in 2007.