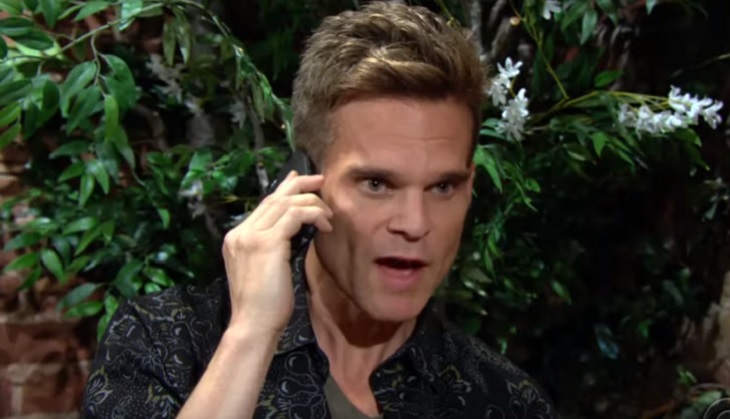 “The Young and the Restless” (YR) spoilers for the week of Monday, June 10, 2019 through Friday, June 14, 2019 tease that “It’s a week of betrayal, lies, and blackmail.” We have a very exciting week heading our way and you will not want to miss a moment of the action!

In the newest CBS “The Young and the Restless” promo video we see Kevin Fisher (Greg Rikaart) wanting to make a trade with Adam Newman (Mark Grossman). Kevin will contact Adam and wants to meet. Once Adam meets Kevin he will tell Adam that he has his new girlfriend Phyllis Summers (Gina Tognoni). Adam will assure Kevin that Phyllis is not his new girlfriend.

Young And The Restless Spoilers – Kevin’s Offer For Adam

Kevin will offer an even trade which is Phyllis for Chloe Mitchell (Elizabeth Hendrickson). Kevin knows Adam tracked Chloe down but Adam will let Kevin know that he came up empty handed. Kevin says that Chloe disappeared. Adam will point out to Kevin that he can not publicly accuse him of kidnapping Chloe because then he would have to admit she is alive. Do you Y&R fans think Adam does have Chloe somewhere?

Meanwhile, Devon Hamilton (Bryton James) will admit to paying off Elena Dawson’s (Brytni Sarpy) student loan after Elena gets an email congratulating her. Elena will fume that he meddled in her financial affairs without her consent. Devon just wanted to pay it foward as Neil Winters (Kristoff St. John) had asked him to. Elena will believe that Devon’s heart was in the right place, but she can’t handle the power differential in the relationship being so great. Do you Y&R fans think it is over for Elena and Devon?

Young And The Restless Spoilers – Summer Panics Over Missing Phyllis

As you can see we have a very eventful week coming up, so make sure to stay tuned to CBS “The Young and the Restless.” Don’t forget to check often with Soap Opera Spy for all your latest spoilers, news, updates, and much more!