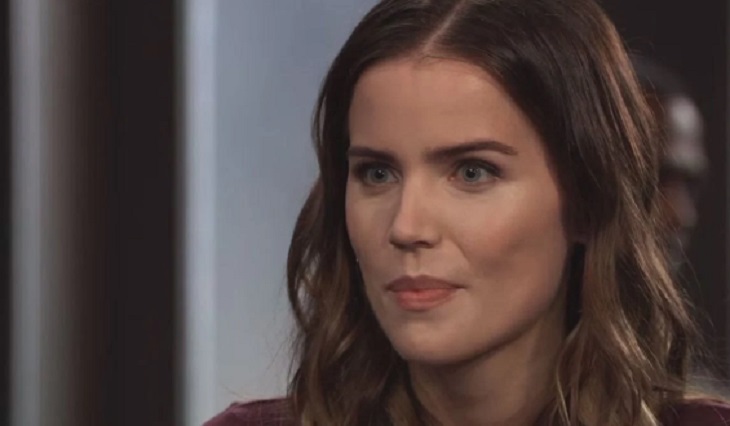 General Hospital spoilers tease that Sasha Gilmore (Sofia Mattsson) and Michael Corinthos (Chad Duell) may be the next hot new General Hospital couple! The question is, what would fans call them – Sashael or Michsha?

After Nina Reeves (Michelle Stafford) introduced the pair at Charlie’s Pub on the March 8 episode, they really hit it off, finding they had lots in common. Of course, some GH fans (and Maxie Jones, portrayed by Kirsten Storms) might assume Sasha is mirroring Michael’s interests and standards to get at the ELQ money.

She’s apparently not familiar with Sonny Corinthos (Maurice Benard) or his reputation, or she would have asked Michael about his last name. Nina did introduce him as “Michael Corinthos”, not as “Michael Quartermaine.” But with Sasha apparently feeling guilty about playing fake daughter to Nina, she obviously has a conscience and GH may be trying to redeem her to put her with Michael as a couple. So what she is telling him may actually be true.

Michael and Sasha seem to have everything in common, and obviously like each other. That’s a better basis for a romantic relationship to bloom than is mere physical attraction alone, which is better described as lust than as love.

General Hospital fans may want to know if there’s ever been a pairing of a young lady with Michael that ever has been successful or lasted. That answer is no – Michael seems to be extremely unlucky in love, including two of his girlfriends who were victims of serial killers and one who was killed by a load that fell from an overhead crane and was crushed to death!

That doesn’t seem to bode too well for Sasha, if we consider there may be a different type of Quartermaine curse that follows Michael around. But, for right now, her odds are pretty good. No serial killers currently are roaming Port Charles, and Nelle Benson (Chloe Lanier) won’t be up for parole for a while!