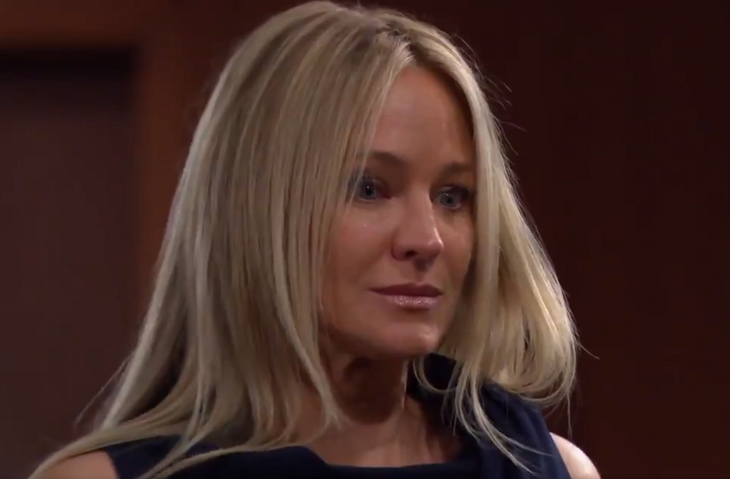 Brittany (Lauren Woodland) is encouraging Sharon (Sharon Case) to be self-serving on the Young and the Restless. The defense attorney believes that it would be best for her client to root for the defeat of Nikki (Melody Thomas Scott) and Vickie (Amelia Heinle).

This shift might not have to become a public statement. But then again, courtroom circumstances could motivate Brittany to compel her client to speak out against the Newman’s.

Hoping that the other two loyal members of what once was dubbed (by Vickie) a Fearsome Foursome will be convicted and go to jail is unseemly. Sharon doesn’t initially accept Brittany’s suggestion.

Michael (Christian Le Blanc) has far more experience than Brittany in the courtroom and a different client perspective. His strategy is to push for an acquittal based upon a lack of evidence in the seemingly endless J.T. (Thad Luckinbill) case.

Young And The Restless – Sharon Went Along With The Crew

Despite her initial resistance, Sharon did go along with Nikki, Vickie, and even Phyllis (Gina Tognoni). That decision put her fully in league with the other three ladies and means it would be wise, morally, or legally to now turn on them. Genoa City observers know exactly who just did that in an attempt to save her own skin.

As Y&R fans recall, Phyllis did approach one of her two main nemeses, with the other being Christine (Lauralee Bell), with a deal a handful of weeks ago. Phyllis wanted Sharon to throw-in with her because she alleged that the Newman ladies would fend for each other if the Cover-up Crew was exposed, as it now has been.

Sharon never even considered siding with Phyllis. She also quickly advised Nikki and Victoria of Phyllis’ devious proposal. Both acts ingrained Sharon into the Newman ladies’ good graces, or so fans of Sharon’s hoped.

Young And The Restless – Video Evidence Could Sink Troubled Trio

Video evidence appears fully disastrous. Excuses after the fact and more than ten months later make all involved seem like nothing more than untruth tellers. And then there’s Phyllis’ immunity deal, which appears to sink the Troubled Trio.