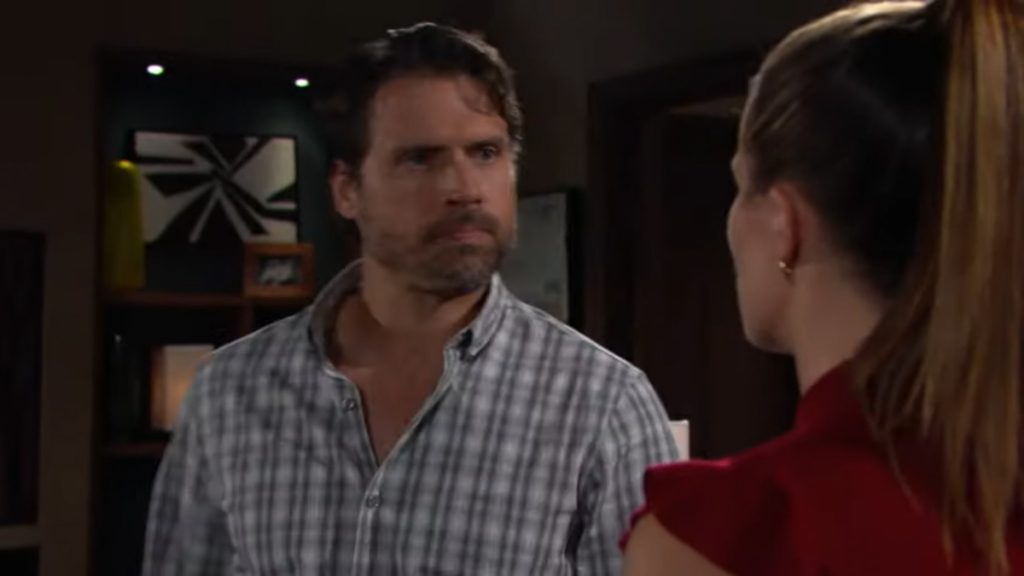 Nick Newman (Joshua Morrow) didn’t want to do it on ‘The Young and the Restless’. But he loves Chelsea Newman (Melissa Claire Egan) and her son, Connor Newman (Judah Mackey). So, Nick agreed to go to Las Vegas, Nevada, and bring Adam Newman (Mark Grossman) home.

‘Chick’ is and was likely going to remain solid. Adam’s decision to leave Genoa City, Wisconsin, following his discovery of Victor Newman’s (Eric Braeden) death hoax, instantly alleviated pressure from everyone he was connected to, except for one person.

Connor has been forced to handle intense trauma since Chelsea grudgingly allowed him to come to GC, in part due to Victor’s urging. He was the lone soul who didn’t want Adam to leave town.

Christian Newman (Alex Wilson) is Adam’s son as well, though he sees Nick as his dad. Nick has been raising Christian for years, after Sage Newman (Kelly Sullivan) and others initially led him to believe that he was his biological son.

Chelsea and Nick were shocked that Connor locked Christian in the garage. Despite Connor’s recent behavior, it appeared as though he was beginning to deal with Adam’s departure.

However, Nick’s trip to Vegas and Chelsea’s subsequent call about Connor being in the hospital further deepens everyone’s concern.

Y&R Spoilers – Striking Out With Both Loves

Adam defaulted to Sharon Newman (Sharon Case) after Chelsea rejected his multiple requests to reconcile. Sharon also told Adam no, though she has retained strong feelings for him.

If either of the referenced ladies had taken Adam back he probably wouldn’t have left town. But neither did and when combined with the Victor situation, Adam came to believe that he wasn’t a good influence on Connor and felt it best to leave GC.

Young And The Restless Spoilers – Reintroducing Trouble Will Create Consequences

Even Nick believes that Adam cares about Connor. So there are no questions about whether Adam loves his son. History naturally leads many to believe that Grossman’s character simply isn’t capable of living a stable life and therefore will be a destabilizing influence on Connor.

Adam will almost assuredly choose to remain in GC in order to help his son. Connor’s influence will overwhelm any self-doubt he has about his own parental abilities and actually serve to restore self-confidence. But surely all won’t go smoothly from here on out.

So, Adam and Chelsea will be in regular contact again. Knowing that ‘Chick’ has endured recent relationship strife, the connection Chelsea and Nick have can’t be considered strong. So, the potential for ‘Chadam’ to revive is once again possible.

Fans of ‘The Young and the Restless’ rightfully express their opinions on a regular basis. So, will Nick’s Vegas trip trigger Chadam’s revival? Please vote in our poll below!

Days of Our Lives Spoilers: Is Brady Black The Baby Daddy?

Days of our Lives Spoilers: Exciting Things Are Coming! Two Proposals In One Week!