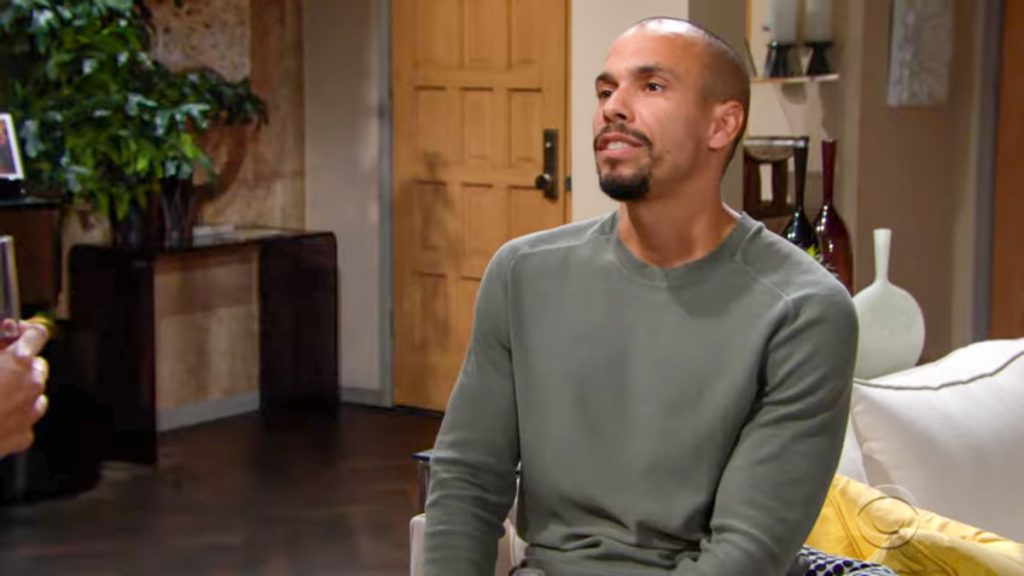 The Young and The Restless spoilers for Monday, October 21 through Friday, October 25 tease another exciting week of drama, confrontations and suspense for Y & R viewers!

Monday, Devon Hamilton (Bryton James) loses patience with Amanda Sinclair (Mishael Morgan) over her lack of forthcoming about who her client is and what this will challenge is all about. She won’t say where she’s from or even where she went to school.

Devon will continue to consider her someone who’s in on a scam to get his money. Also on Monday, Abby Newman (Melissa Ordway ) will be blindsided, and Jill Abbott Atkinson (Jess Walton) will share disturbing news, likely related to the will.

Also on Tuesday, Cane Ashby (Daniel Goddard) will continue to look for the truth about the pages of Katherine Chancellor’s (Jeanne Cooper) will that were left on a table for him inside the storage unit he was knocked out and put inside, and Nick will press his luck.

Wednesday, Sharon Newman (Sharon Case) and Rey Rosales (Jordi Vilasuso) embark on a fresh start, having talked out their past relationship issues that previously broke them apart. Also on Wednesday, Phyllis Newman (Michelle Stafford) will make a power move, and Nick and Chelsea will struggle with a tough decision, which undoubtedly will be about Connor.

Thursday, Victoria Newman (Amelia Heinle) will worry about Billy Abbott’s (Jason Thompson) dark side returning as Adam returns to Genoa City. Adam’s return was the trigger for Billy’s developing Dissociative Identity Disorder the last time, and even though Billy feels that he’s crushed “Bad Billy”, his alter, and will have no more problems with “him”, Victoria will take concern that it takes longer than just a few sessions to completely cure Billy of his issues.

Also on Thursday, Elena Dawson (Brytni Sarpy) will confide in Nate Hastings (Sean Dominic), and Summer Newman (Hunter King) will struggle to control her feelings for Kyle Abbott (Michael Mealor) while at work at Jabot.

Friday, Lily Winters Ashby (Christel Khalil) will come home to unfinished business. Devon has called her after Elena advised him in last week’s Y & R episodes that he should contact someone who knew both Katherine and Cane better than anyone, so she has come back to help in whatever way she can to straighten out the mess that the will and the challenge to it has become.