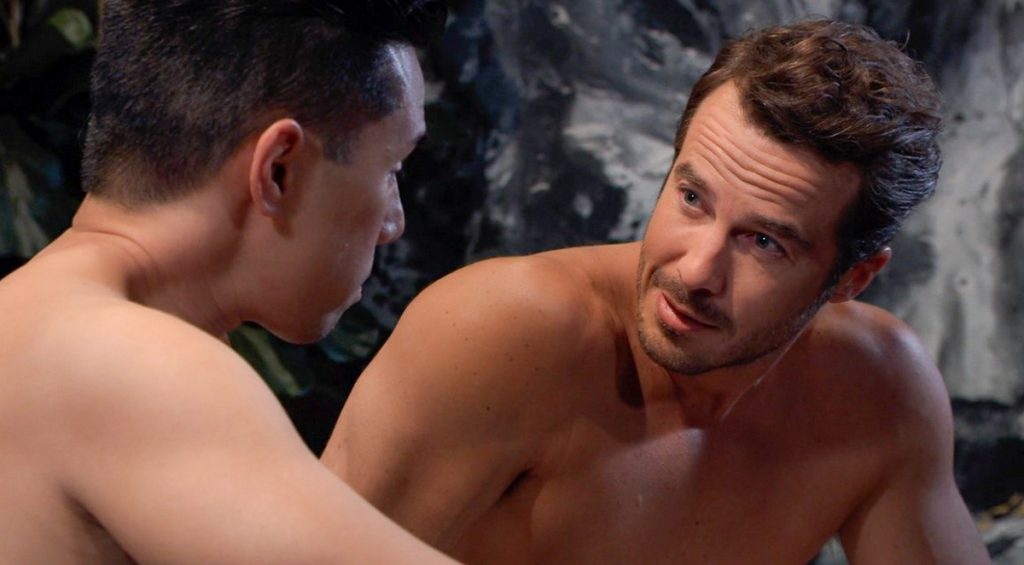 General Hospital Spoilers – The Couple Has Had Their Problems Since Marrying

The couple has had their share of problems since they married, mainly caused by Brad’s bad habit of getting himself involved in things that he has had to keep secret from Lucas! Then the guilt builds up in Brad, and he is constantly afraid that Lucas will find out the truth and Brad will lose Lucas as a result! It’s not a case of Brad trying to protect Lucas from an ugly or devastating truth, it’s always Brad trying to cover his posterior, and Lucas has started to catch on to it! They have had their fights over Brad’s dishonest ways in the past, and one stipulation to the marriage that Lucas gave Brad was that he had to always be honest with Lucas, and that has not been the case over and over again!

GH Spoilers – Lucas Jones Is Suspicious Of His Husband

Lucas is suspicious of Brad – partly because of their past squabbles, and partly because he can’t figure out what is going on with his husband. The threat to them and their adoption of Wiley Cooper-Jones (Erik and Theodore Olson) died with Shiloh Archer, (Coby Ryan McLaughlin) or so Lucas thought; and then there was Brad supporting Nelle Benson (Chloe Lanier) at her parole hearing, which Lucas wasn’t informed about, and would have not agreed with Brad doing at all! Brad has not been forthcoming about his going into therapy with Dr. Neil Byrne (Joe Flanigan) and Brad actually makes excuses to delay their first meeting together with Dr. Byrne.

Then there’s the flowers that mysteriously appear from a secret source at General Hospital, right in front of Lucas, and Brad has no clue who they are from. But he tells Lucas’ father, Julian Jerome (William DeVry) that they may be a thank you gift from Nelle, and yet it’s not Lucas that hears the news first! Lucas also questions why Brad continues to be so nervous and fearful, actually downright paranoid that they will lose Wiley, when the threat (as far as Lucas knows) is gone! Lucas suspects that Brad is still hiding something from him, and he’s determined to get to the bottom of it!

General Hospital Spoilers – Brad Cooper Does Have Something To Hide

Of course, viewers know that Brad does indeed have something to hide – and it’s a big something. Even though Brad and Lucas will make it to their second couples therapy session, Brad still harbors the secret that their adopted son Wiley is really Jonah Corinthos and that the real Wiley died a newborn and was switched with Nelle Benson.

There is always the ongoing threat of either Nelle or Liesl Obrecht, (Kathleen Gati) who also knows the secret, pulling their trump card out and ratting out Brad, who’s desperate to keep the swap secret. Julian knows now too and does not appreciate having been made complicit in the fraud. Eventually, the truth will “out” – will Brad be out as well?