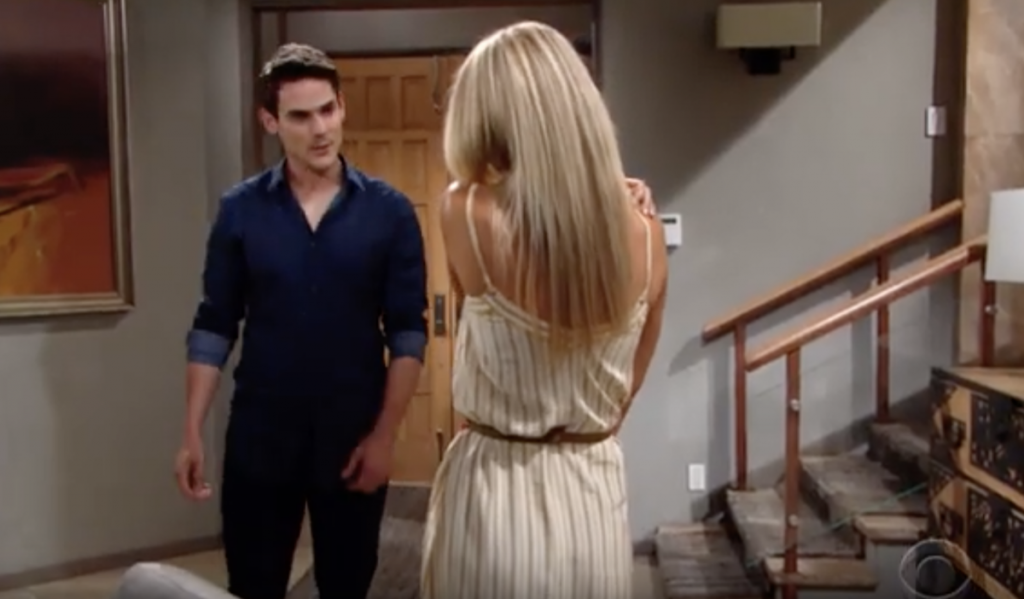 The Young and the Restless (Y&R) spoilers for the week of Monday, August 19 through Friday, August 23, 2019 reveal Lola Rosales (Sasha Calle) and Kyle Abbott’s (Michael Mealor) wedding begins, but it isn’t without hiccups as Lola’s father, Adrian Rosales (Jay Montalvo) crashes it.

Lola chooses to speak to him in private, but he isn’t the only surprise at the wedding when Theo Vanderway (Ty Johnson) shows up with a date, the infamous Zoe Hardisty (Anna Grace Barlow); the mysterious woman from Kyle’s time in New York. Theo ends up ruining Mariah Copeland’s (Camryn Grimes) attempt to host the perfect wedding, undermining her.

Y&R Spoilers – Turmoil Is Brewing For A Few Residents

Y&R sources tease that turmoil is brewing for a few residents as a devastated Summer Newman (Hunter King) finds solace with her mother, Phyllis Summers (Michelle Stafford). Billy Abbott (Jason Thompson) appears to struggle and has a melt down and snaps on the entire Abbott family. Will anyone be able to help the distraught Abbott heir after he has an angry confrontation with attorney Michael Baldwin (Christian LeBlanc)? 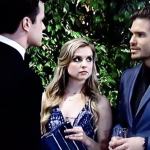 Lauren Fenmore Baldwin (Tracey E. Bregman) isn’t pleased with her husband’s antics and demands answers from him. Michael seems to be in trouble with another prominent family in Genoa City as Victor Newman (Eric Braeden) wants answers from him; wondering where exactly Michael’s loyalties lie.

Adam Newman (Mark Grossman) seems to be in the mood for surprises as he comes to see Sharon Newman (Sharon Case). He catches her completely off guard when he proposes marriage to her. Viewers of the CBS soap opera know that Sharon and Adam had sex recently but she also reunited with Rey Rosales (Jordi Vilasuso); so how will she react to Adam’s proposal?

Young and Restless Spoilers – Chelsea Newman To Settle Her Problems

The Young and the Restless spoilers show Chelsea Lawson Newman (Melissa Claire Egan) is determined to settle all her problems, offering a deal. Sharon turns to another Newman brother for comfort, but what is it Nick Newman (Joshua Morrow) can offer her and how will he help her deal with his menacing brother, Adam?

In other Y&R spoilers, Rey Rosales is finally able to put the past behind him and receives some closure when his father and brother, Arturo Rosales (Jason Canela) arrives for their little sister’s wedding. Who isn’t excited to see how everything unfolds at Kyle and Lola’s wedding and the fallout afterwards?

Be sure to tune into CBS’ The Young and the restless (Y&R) on Monday, August 19, 2019 to catch up on all the exciting things unfolding right now in Genoa City. Don’t forget to catch Jason Canela’s return to GC! Check Hollywood Hiccups often for updates, news, rumors and spoilers!