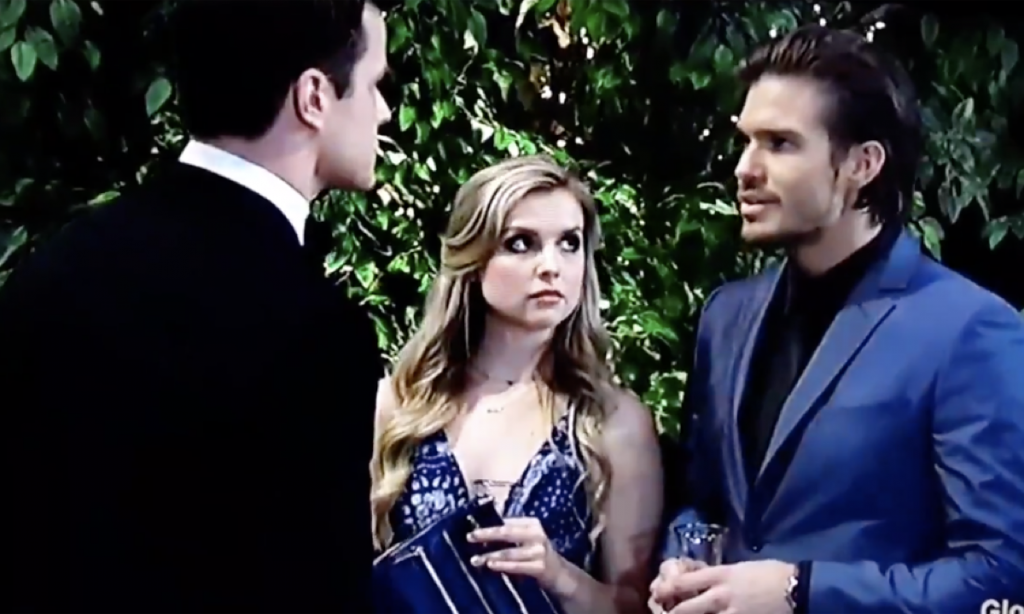 Summer Newman (Hunter King) isn’t the main problem at ‘Kola’s’ wedding on ‘The Young and the Restless’. Instead, a young woman who resembles her is.

Anna Grace Barlow’s (Zoe Hardisty) Y&R debut happened a few days before the nuptials, but only in a flashback sequence. Fans knew that Michael Mealor (Kyle Abbott), Tyler Johnson (Theo Vanderway), and Barlow recently recorded scenes. But the acceptance of the suspension of disbelief that is employed by fans of escapist entertainment allows fans to now know what Theo has been referencing these past weeks.

In effect, Theo is angry that Kyle doesn’t want to be friends with him anymore. Rather than accepting that his former party buddy from New York has moved on, Theo is reacting like an elementary schooler at recess. 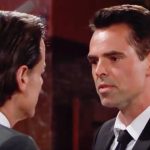 Kyle having paid Zoe’s father one hundred thousand dollars to remain silent about the bad Big Apple party earlier this decade is a dangerous secret. Kyle is mostly worried about Lola’s reaction to what he did, as legal repercussions aren’t being projected as a problem.

Zoe had too much to drink at one of the many parties Kyle and Theo threw. She passed out and was taken to the hospital, but she was dropped off there. Kyle and Theo didn’t want to be linked to Zoe because of her age at the time.

Apparently, Zoe told her father what happened and where the party was held because he confronted Kyle and Theo shortly thereafter, according to what Vanderway’s character admitted to Summer at Society. Theo’s reveal was timed to coincide with ‘Kola’s’ wedding because of what he did next.

Using Faceplate, which is a clever wink at the well-known social media giant, Theo contacts Zoe. She later shows up with him at the ‘Kola’ wedding, with expected reaction shots happening.

Theo’s supposedly burgeoning career as a social media influencer agent is ideal for him, as he thrives on drama. Human emotions are toys to be played with. People’s problems are to be exploited. This cynical view of reality is driving Theo’s intention of damaging Kyle’s plan to marry Lola.

There’s no doubt that Kyle and Lola love each other. Plans for their upcoming wedding represent some of the brighter scene spots in whatever episode this couple has been appearing.

It’s natural for Summer to be conflicted about the love of her life marrying another woman. But Theo’s vindictive stance is rather odd. His immaturity is a cover for deep-seated personality flaws.

‘Kola’s’ bond will prove stronger than the drama, as Theo and Zoe will be handled and the wedding will be successfully completed. But within this soapy world, strong challenges will await this happy couple in the days and weeks ahead.