Franco having the new memories and believing he is Drew is causing havoc on the people who love him. Drew takes his closest friend, PI Curtis Ashford (Donnell Turner) to go visit Elizabeth Webber Baldwin (Rebecca Herbst) who is devastated that Franco doesn’t remember her at all as his wife; nor his life as Franco.

GH sources tease that Lulu Spencer Falconeri (Emme Rylan) is dealing with her own drama and heartache when it comes to her marriage to Dante Falconeri (Dominic Zamprogna) and gathers Robert Scorpio (Tristan Rogers) and Olivia Falconceri Quartermaine (Lisa LoCicero) to meet with her at father-in-law, Sonny Corinthos’ (Maurice Benard) home. What is the latest news and will she continue to fight the losing battle to save her frail marriage? 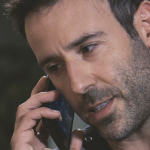 Sinister Shiloh (Coby Ryan McLaughlin) has a proposition for everyone, with the promises of an exchange. Will anyone jump at the chance, or truly believe what Shiloh is offering?

General Hospital spoilers show that Dr. Kim Nero (Tamara Braun) meets with her boss, Dr. Monica Quartermaine (Leslie Charleson) and the two share a tender moment; both still reeling from the death of their beloved son and grandson, Oscar Nero (Garren Stitt). Kim will have a ray of hope as she is able to find solace in reminiscing about her past, but at what cost? Franco, who believes he is Drew, will search for Kim, but what will be the end result of the two uniting as he has all of Drew’s memories.

Meanwhile, Dr. Liesl Obrecht (Kathleen Gati) will approach her former daughter-in-law, Maxie Jones (Kirsten Storms) in hopes that Maxie will help her out. Mob princess, Ava Jerome (Maura West) continues to be haunted by her dreams, leaving her with more questions than answers. She will have an extremely rough night as Dr. Kevin Collins (Jon Lindstrom) only wants to help her and wishes her nothing but the best.

General Hospital Spoilers: Shiloh Proposes An Exchange – His Past With Drew For His Freedom https://t.co/1glsITnbtf pic.twitter.com/yH8dhnUlmj

In other GH spoilers, Jasper “Jax” Jacks (Ingo Rademacher) will stand behind Hayden Barnes (Rebecca Budig), forced to defend her actions this coming week. Cameron “Cam” Spencer (William Lipton) who has struggled with the death of his friend, Oscar will find some happiness and be over-enthusiastic over Trina Robinson’s (Sydney Mikayla) plans.

Be sure to tune into ABC’s General Hospital (GH) on Monday, August 19, 2019, to catch up on all these exciting stories and so much more. Check Soap Opera Spy often for updates, news, rumors, and spoilers!