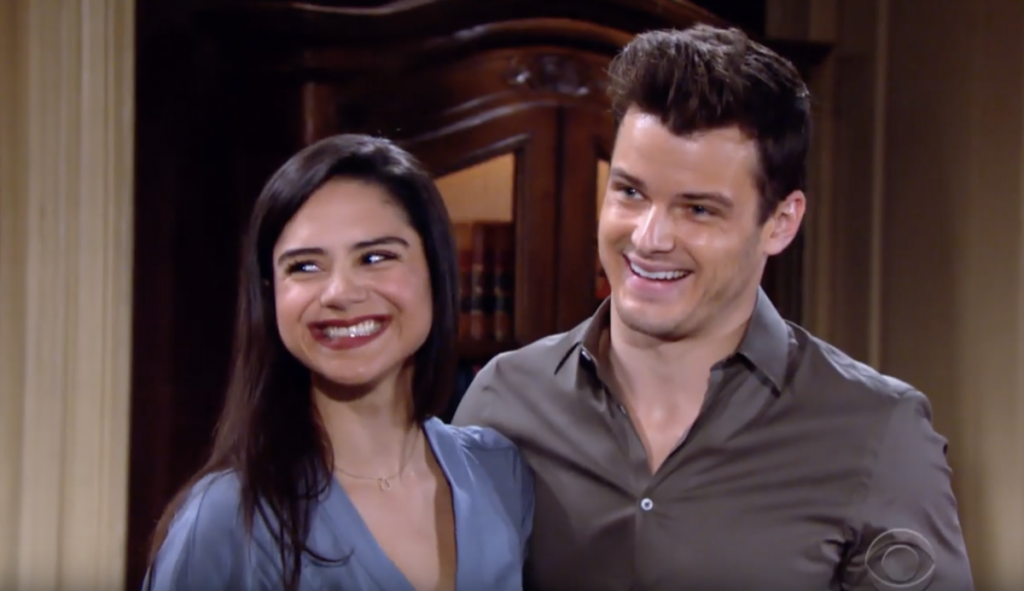 The Young and the Restless (Y&R) spoilers for the week of Monday, August 12 through Friday, August 16, 2019 reveal the feuding of the Newman siblings continues as Adam Newman (Mark Grossman) is forced to confront their father, Victor Newman (Eric Braeden), demanding answers regarding a restraining order that doesn’t allow him to see his son, Christian at all. Victor reassures Nick Newman (Joshua Morrow) that he will take care of Adam, even giving an ultimatum by mid-week.

Young and the Restless Spoilers – Trouble In Paradise

Y&R sources tease that the troubles are not just with the Newman sons, as Victoria Newman (Amelia Heinle) stands behind her brother, Nick; but is later exposed as a liar. Abby Newman (Melissa Ordway) has her own troubles when she is caught up in the Phyllis Summers’ (Michelle Stafford) web.

Phyllis is sure that Abby is jealous and the two continue to butt heads. Abby will turn to her mother, Ashley Abbott (Eileen Davidson), confiding everything that is going on.

Chelsea Lawson Newman (Melissa Claire Egan) makes some sneaky moves this week, causing Nick to question her old behaviors emerging. Chelsea will prove what she is all about when she receives some startling news and will be able to expose what is really going on; but which Newman brother is she really helping, especially after Nick wants to know why Chelsea is so determined to go on the run again.

The Young and the Restless spoilers show Jack Abbott (Peter Bergman) is determined to help out and will be on a mission of his own this week. Rey Rosales (Jordi Vilasuso) and Sharon Newman (Sharon Case) are able to set aside their differences and reunite as a couple when it’s clear she doesn’t plan on being with Adam; regardless of the chemistry between them.

Rey may have his mind on other things as he learns the secret Lola has been keeping. He will demand answers from her as to why she has been in contact with their father.

Young and the Restless Spoilers – Kyle Abbott’s Past Is Revealed

Trouble seems to be brewing, days before their wedding as Lola dodges an invitation of sorts. Who is the bride-to-be avoiding? Meanwhile, groom-to-be, Kyle Abbott (Michael Mealor) may not be able to dodge his past anymore as Summer Newman (Hunter King) finally learns what he has been hiding.

Kyle will be forced to deal with Theo Vanderway (Ty Johnson) as he receives a text from his former friend on his wedding day. Will Summer expose the truth at Lola and Kyle’s wedding day arrives by the end of the week and will it be her or Theo who ruins the day?

Be sure to tune into CBS’ The Young and the Restless (Y&R) on Monday, August 12, 2019, to catch up on all the exciting things unfolding in Genoa City right now. Check Hollywood Hiccups often for updates, news, rumors, and spoilers!