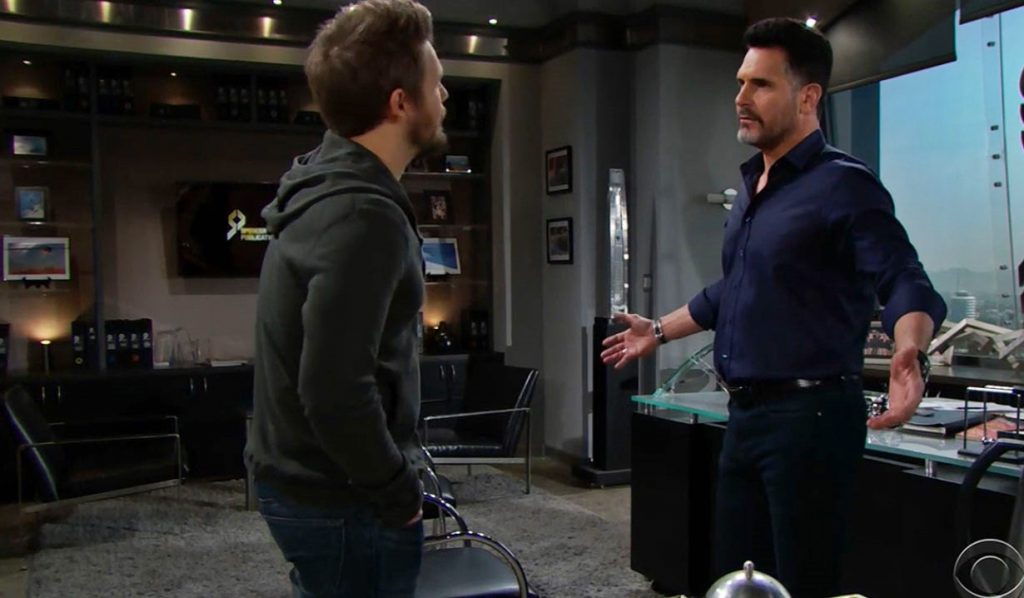 The Bold and the Beautiful (B&B) spoilers tease that Liam Spencer (Scott Clifton) and Bill Spencer (Don Diamont) will share a tender moment as the proud grandpa holds Beth for the first time. It will be a heartwarming scene as the father-son bond over the new baby.

And, it is a long time coming. Bill grieved the loss of his granddaughter when Hope Logan (Annika Noelle) thought she lost her child on Catalina Island. During the week of August 12, Bill will find out, it was all a lie and he will demand that Liam makes sure those who are responsible for this money-making scheme pay for their actions.

Here’s what you need to know about what’s coming up on B&B.

Of course, Bill has met Beth but as Phoebe. This will be the first time he will meet her as Beth and, the B&B fans can expect it to be an emotional meeting. Bill will be excited to find out that Liam and Hope will be able to raise their daughter together.

Bill will have a lot of questions about how this could happen. He won’t be able to wrap his mind around how Beth could be alive and living with Steffy Forrester (Jacqueline MacInnes Wood) all these months.

The Bold and the Beautiful spoilers state that Liam will explain how he started researching Flo Fulton’s (Katrina Bowden) story and the holes in it. Then, Douglas Forrester (Joseph Henry Samiri) filled in the gaps.

Even though Bill has a history with Flo’s mom Shauna Fulton (Denise Richards), he won’t let that stand in his way. He will demand that Flo pays for her role in the baby swap. And, he will agree with Ridge Forrester (Thorsten Kaye) that Reese Buckingham (Wayne Brady) should go to jail over this baby swapping scheme.

Liam will urge his dad to bond with his granddaughter and they can deal with the legal part of this later. And, this time, Bill will listen to his son. Bill, Liam, and Beth will have an emotional meeting as they bond as a family.

Who will take the fall for the baby swap? Don’t forget to come back later for more The Bold and the Beautiful (B&B) spoilers, news, and casting updates!