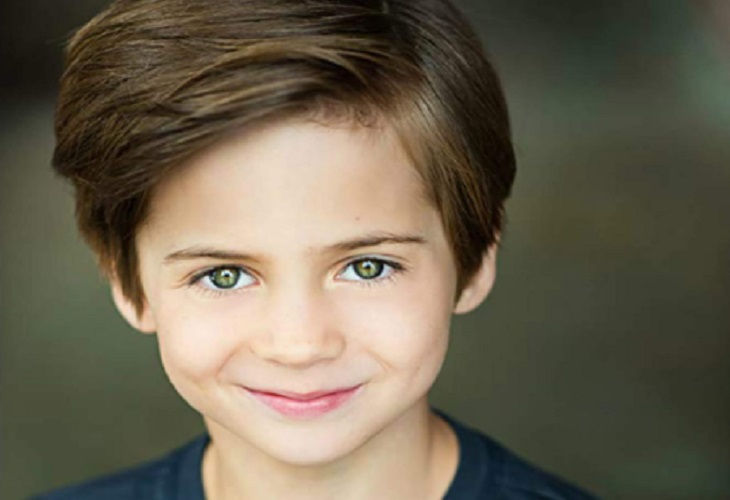 Connor Newman (as now played by Judah Mackey) arrives in Genoa City, Wisconsin, this week on ‘The Young and the Restless’. With that Adam Newman’s (Mark Grossman) focus will split.

GC’s top villain has been fixated upon establishing a relationship with his second-born son, Christian Newman (Alex Wilson). No matter what anyone thinks of Adam, that makes total sense.

The Young and the Restless Spoilers – Brothers and Son’s Shadows

Terming the brotherly relationship Adam has with Nick as strained would be kind. In fact, they detest the shadow each other casts in life.

The venom Victor Newman’s (Eric Braeden) sons possess isn’t solely reserved for each sole male sibling. However, longtime Y&R fans know that the four versions of the adult Adam that have existed since 2008 have never really gotten along with the character Morrow’s played since the mid-1990’s.

The current battle for Christian and the one that appears ready to come regarding Connor are actually proxies for the loathing Victor’s offspring have for each other.

Nick sees Adam as a user. Adam sees Nick as entitled. There are undeniable elements of truth within both outlooks.

Young And The Restless Spoilers: Troublemaker Theo Wants Phyllis, Will They Sleep Together? #DAYS #dool #daysofourliveshttps://t.co/3yChWr1m5l

Y&R Spoilers – Fairness Would Give Adam Newman Some Access

Access doesn’t necessarily mean full custody, or even shared custody. But no matter what the renewing ‘Chick’ chooses to believe, Adam is the biological father of both boys.

Adam was always a good father to Connor. However, acknowledgment is given to the fact that he withheld information about his involvement in Delia Abbott’s (Sophie Pollono) tragic accident so that ‘Chadam’s’ son could receive her corneas.

As far as Christian’s custody issue, Adam and Nick have flaws within each case. Adam hadn’t taken an interest in being a father to this son until his recent return to GC, as the hearing judge said.

Nick has given his heart to the boy who’s actually his nephew, but he knows that Adam deserves some form of regular contact with Christian. Nick’s recent assault of Adam in Chancellor Park, combined with his J.T. Hellstrom (Thad Luckinbill) ruse, create a pattern of ruthless behavior that negatively impacts his reputation.

Young and the Restless Spoilers – Connor Newman Knows His Dad

The coming Christian custody battle will happen, unless Chelsea changes her mind. She can’t reasonably deny Adam contact his son and it stands to reason that the character Mackey now plays will want to be with his dad.

Unlike his half-brother Christian, Connor already has a relationship with his father. Since Adam isn’t dead, natural instincts would prime him for a reunion that will probably sway Chelsea’s take to some effect.

Days of Our Lives Spoilers: Kate Wants to Meet with Kristen DiMera, Will She Back Out of Deal?