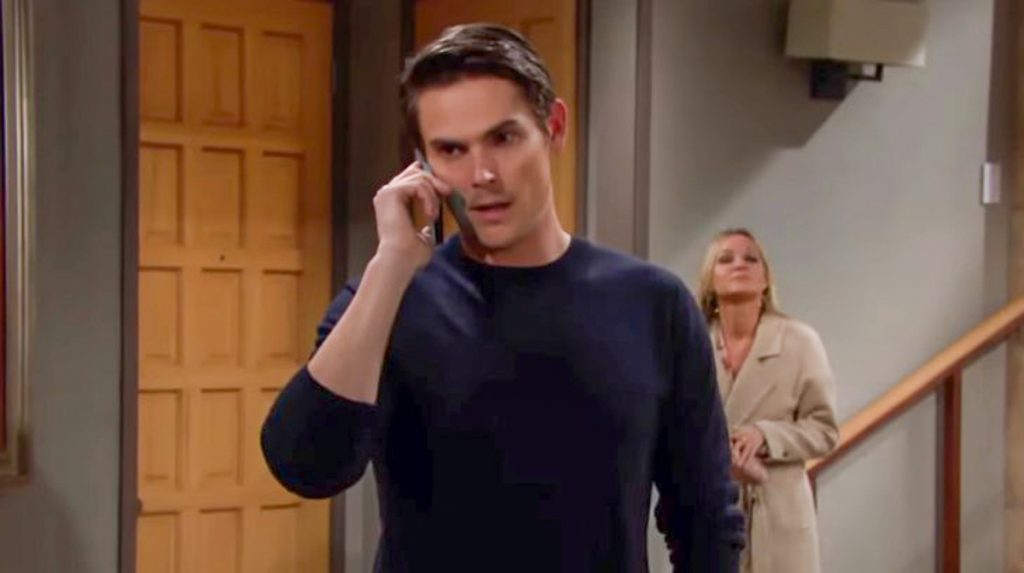 The Young and the Restless spoilers indicate that the mystery surrounding Chance Chancellor (Donny Boaz) and Adam Newman’s (Mark Grossman) time in Vegas continues to be a mystery.

Y&R fans learned that something happened in Vegas between Chance and Adam. Phyllis Summers (Michelle Stafford) claims to know what happened, but so far hasn’t said a word.

Now with Chance back in Genoa City, it seems like we’re getting close to solving the mystery about Vegas. As Chance stated, if the truth gets out, it could destroy both men.

Y&R Spoilers: What Went Down In Vegas?

Let’s take a look at a few possible theories.

The first has to do with gambling. We saw Adam hitting the poker tables in Vegas. It’s possible he and Chance got caught up in some illegal gambling operation. Or Chance could’ve enlisted Adam’s help in taking down an illegal gambling house. The mob is known to rule Vegas, and odds are Adam and Chance got mixed up in their business, and are trying to escape from them.

The next theory has to do with a death. Whether that death is accidental or intentional is up for debate. We know Adam’s capable of murder, but it doesn’t look like something Chance would get involved with. Odds are someone accidentally died, and Adam and Chance didn’t want the truth getting out. Adam and Chance decided to cover up the person’s death, and vowed never to talk about it again.

Young and the Restless #YR Poll: How Do Chance Chancellor And Adam Newman REALLY Know Each Other? @celebratesoaps https://t.co/NqdPDUVXi6

Young And The Restless Spoilers: Chloe Mitchell Will Be A Factor In What Happens

Another theory has to do with Chance’s ex-girlfriend Chloe Mitchell (Elizabeth Hendrickson). Y&R fans know the history with Adam and Chloe. Upon his return, he had Chloe kidnapped and locked up. Eventually, Adam and Chloe made peace and they moved forward in their lives. Could Chance have played a role in tracking down and kidnapping Chloe? Kidnapping Chloe is something Chance wouldn’t want to get out, and it could damage his reputation.

The Vegas mystery revolving around Adam and Chance has fans curious. It’s only a matter of time before the truth comes out.

Will the secret be something huge? Or will it turn out to be a dud?