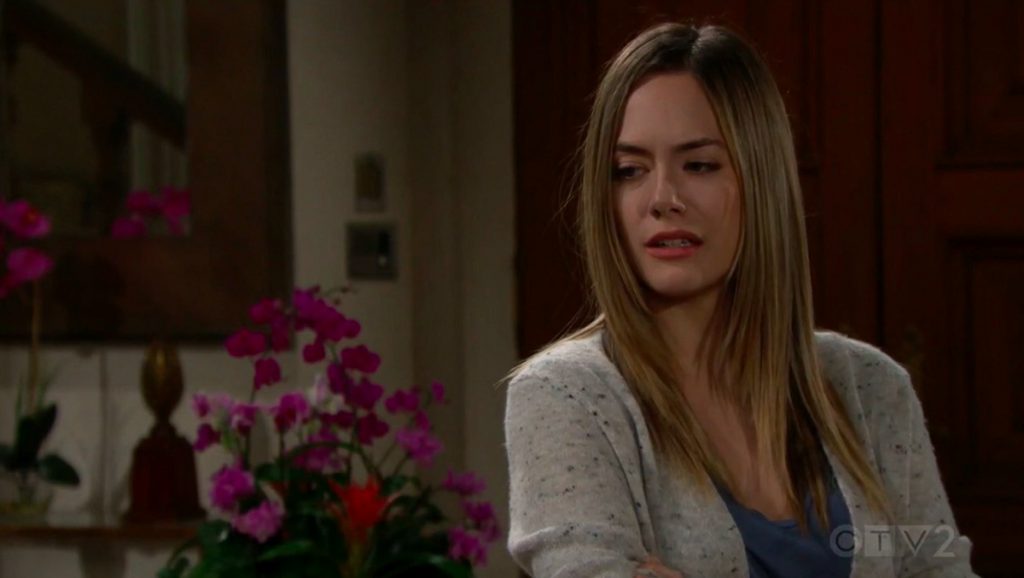 Thomas Forrester (Matthew Atkinson) recently used two of his nine proverbial lives on ‘The Bold and the Beautiful’. He survived not one, but two dramatic falls that would have surely caused massive and lasting physical damage to most human beings.

Hope Logan (Annika Noelle) was in shock and began experiencing the early stages of grief in thinking that she’d caused his death. That belief would have been true, except that Thomas managed to escape the vat of hydrofluoric acid.

The above means that Hope has not only linked herself to Thomas through the adoption papers he signed minutes before his ill-fated fall, but also that Hope has now actually generated another link to her nemesis.

Bold And The Beautiful Spoilers – Thomas Forrester Is The Cat

Assuming he’s one of us, it must be mentioned that Thomas comes from strong stock. Devoted B&B viewers recall Ridge Forrester’s (Thorsten Kaye) infamous fall from a helicopter, as facilitated by Bill Spencer (Don Diamont) five years ago.

Just as Ridge survived that incredible event, so too has Thomas lived after falling more than one hundred feet from a cliff and now, when plunging into a vat that was in Forrester Creations storage area. Yes, all three moments were incredible, breathtaking, and pushed viewer’s suspension of disbelief to the soapy max.

Maybe Thomas should have a nickname? Referring to him as the cat seems right.

The dramatic splash Thomas made when falling into the acid, which came after Hope pushed him off, was repeatedly shown to viewers in the days that followed that memorable scene. Spillage seemed to occur with some of the acid splashing onto the cement floor down below, as viewers recall.

Similar effects are also occurring emotionally, as Brooke Logan Forrester (Katherine Kelly Lang) and Ridge are terribly worried. Their children’s involvement with each other continues to produce significant tension.

Now, with ‘Bridge’ already being in trouble, the secrets that Brooke is keeping from Ridge, that are related to Hope’s adoption efforts and her push of Thomas into the vat, will spark major decisions. Both halves of one of B&B’s all-time couples seem set to split again.

Bold And The Beautiful Spoilers – Lope Also Unsteady This Fall

Liam Spencer (Scott Clifton) was overjoyed to learn that Beth Spencer (Madeline Valdez and River Davidson) never died. He also thought that Thomas’ involvement in and manipulation of that situation meant Hope would never connect herself to Atkinson’s character again.

Hope’s choice to withhold her main adoption goal, which involves seeking eventual full custody, and her decision to not initially tell Liam why she needed to push Thomas back in the storage room, destabilizes ‘Lope’. Thomas hasn’t been cut off. Instead, Hope’s allowed herself to become connected to him in a different way, with Liam being kept mostly in the dark.