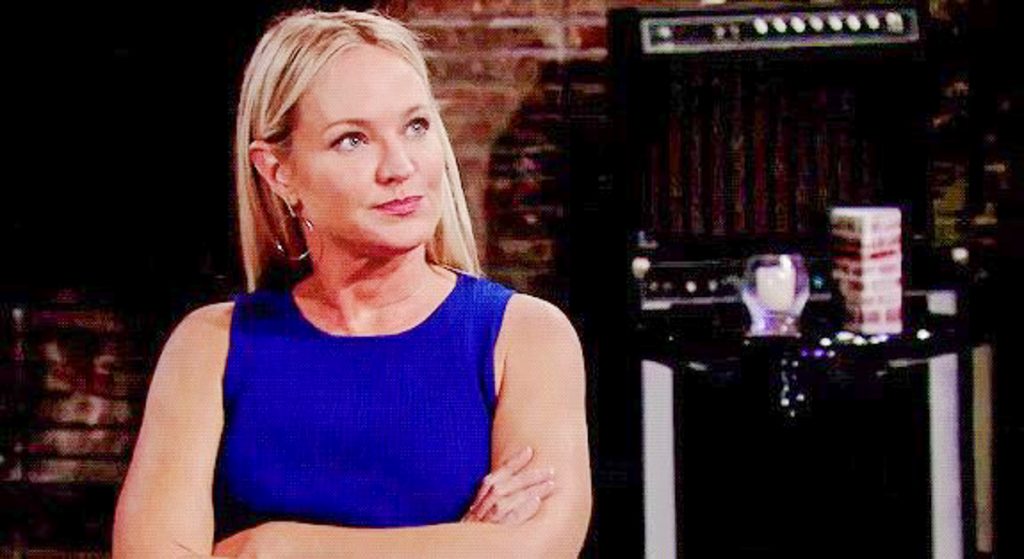 The Young and the Restless spoilers document that Sharon Newman (Sharon Case) did receive Ray Rosales’ (Jordi Vilasuso) blessing. Her continued assistance with Connor Newman’s (Judah Mackey) emotional issues is truly needed, as Rey believes that Sharon is now able to avoid with any attempts Adam Newman (Mark Grossman) may make to negatively influence her life.

Chelsea Lawson’s (Melissa Claire Egan) decision to move into the penthouse is meant as a temporary solution. She feels that Connor remains in dire need of support. Her presence should serve to neutralize any romantic overtures Adam may have made to Sharon if Chelsea wouldn’t have been present.

With Chelsea back, Adam has the love of his life to focus on. While Sharon was a fallback option, Grossman’s character believes he has a chance to reclaim his family.

Young And The Restless Spoilers – Shey’s Strength Built On Trust

Rey is a good guy who was twice wronged by his now former wife, Mia Rosales (Noemi Gonzalez). The issues surrounding Ria’s collapse, which included Mia having Arturo Rosales’ (Jason Canela) baby, caused Rey to be understandably leery of his next relationship.

Shey’s strength is being rebuilt on the mutual trust that Sharon and Rey share. Love was never the issue when Rey decided to end the relationship that they were just starting earlier this year. So, it will be important for Sharon to remain completely transparent about anything Adam may do while she’s working with Connor.

Devoted fans of the show recall that Shadam was incredible. But that was back in the day, at the earlier part of this decade. Michael Muhney (Adam) and Case developed great chemistry after Adam stole Faith Newman (as now played by Alyvia Alyn Lind) from Sharon at birth and gave her to Ashley Abbott (Eileen Davidson).

Sharon and Adam went on to have various compelling adventures, including a very memorable one in New Orleans, Louisiana. But that was a long time ago in real and soapy time.

Viewers know that Justin Hartley’s (Adam) version of the character was not involved with Sharon during the mid-part of this decade. That’s why Victor Newman’s (Eric Braeden) request to Sharon for help in unlocking Adam’s then closed mind earlier this year sparked natural speculation about an eventual Shey reboot.

Young And The Restless Spoilers – Chadam Projects As Next Couple

For the moment, Chelsea and Nick are solid as Chick. While they’ve had their issues within the last few months, love is also not an issue for them.

But Chelsea felt compelled to allow Connor to live at the penthouse with Adam. Now, she’s going to join what was once the Chadam family in their last setting.

Nick’s worst fear seems to be coming to fruition, as a part of Chelsea’s heart is occupied by Adam. Revisiting old memories in modern time puts Chick’s survival in deep jeopardy.