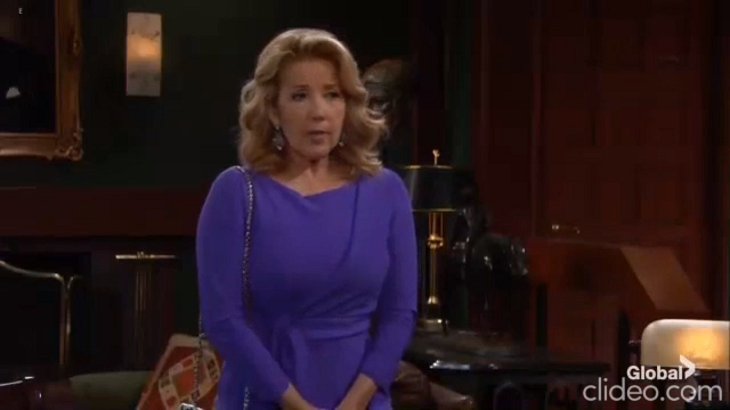 The Young and the Restless (Y&R) spoilers for Wednesday, June 5 finds Abby Newman (Melissa Ordway) and Nikki Newman (Melody Thomas Scott) worried about Victor Newman (Eric Braeden) and his health. Even though he’s dismissed all their claims and says that he’s simply going through some physical therapy, both women think there’s more to it. Here’s what you need to know.

Abby is certain that something is going on with her father and she’s worried sick over it. Now that she’s dating handsome Dr. Nate Hastings (Sean Dominic), she’s trying to get some information out of him about her father’s health. Unfortunately, he refuses to say a word to her about it. Abby also knows that her father is not telling her the truth and that’s why she’s turning to her stepmother Nikki for help.

Y&R Spoilers– Abby And Nikki Are Worried About Victor

Abby tells Nikki everything and prays that she can help or at least get to the bottom of Victor’s condition. Nikki is worried herself. She knows that when it comes to keeping deep and dark secrets, Victor is a master at it. There’s no way that she is going to pull the truth out of him.

However, she is going to head straight to him and demands that he tells her the truth. Victor tells her everything and it’s worse than she can ever imagine. He has a rare blood disorder and it’s a serious condition that might also turn out deadly. Nikki is so shocked that she is speechless.

Young And The Restless Spoilers– Will Nate Tell Abby About Her Dad’s Illness?

Of course, there is one of two things that Victor and Nikki can do. They can keep this secret to themselves and try to find a cure for this blood disorder. But with so many people concerned about Victor in the Newman family, it will be hard to keep this secret between the two of them, and of course Dr. Nate Hastings. Abby is going to find out one way or another.

Plus, they might need to rely on the strength of their family for Victor to pull through with this one. Needless to say, fans will have to tune in to find out what will happen next!