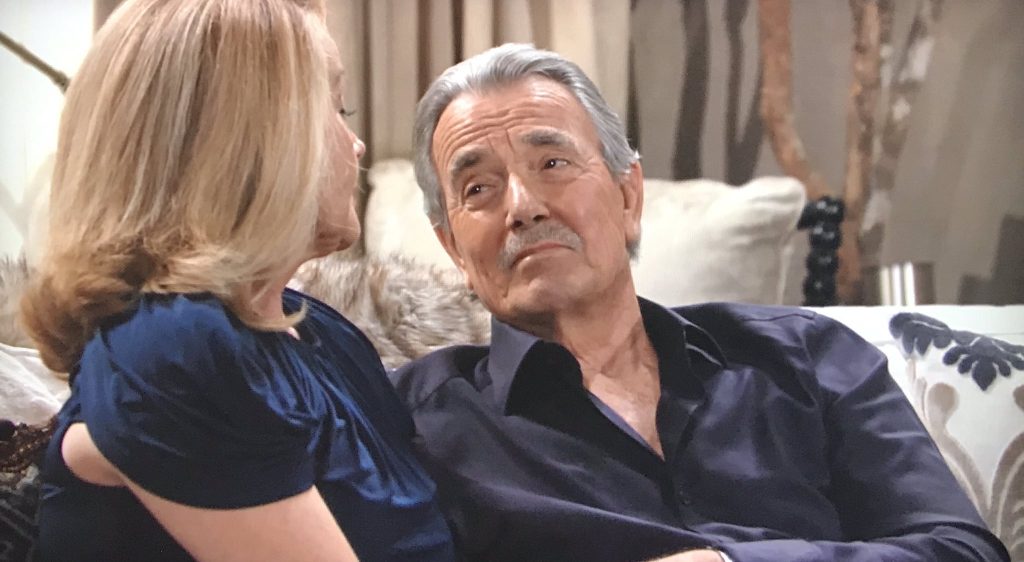 The Young and the Restless spoilers tease that Victor Newman (Eric Braeden) will not die. As seemingly underscored by the actor’s recent comments on Twitter, the grim reaper hasn’t been cast on Y&R. Here’s what you need to know.

Adam Newman (Mark Grossman) knowingly provided his dad with a double dose of medication. He knew that Victor would suffer side effects, but hasn’t been responding like someone who was prepared to deal with the serious, resulting consequences.

In a terrifically played scene, nearly all of the Newman family gathered at the main house at the Ranch. Then, Victor shared his dire diagnosis and plans to fly to Europe with Dr. Nate Hastings (Sean Dominic), where a more aggressive form of therapy would be pursued to fight his rare blood disease. What followed shocked everyone and proved that yes, Adam does have a conscience.

No Pulse Found On Moustache!

It all happened so quickly. One moment a feeble Victor was asking his children to get along with each other. The next, Braeden’s iconic character fell back and was unconscious. Nate wasn’t able to find a pulse and Abby Newman (Melissa Ordway) called 911, requesting an ambulance for her father.

Of course, Victor has cheated death many times before. One famous incident involved Jack Abbott (Peter Bergman) infamously stepping over the Black Knight’s body in the Colonnade Room. He assumed that his nemesis bit the dust and fronted satisfaction because of it. Adam’s reaction is starkly different.

Viewers will soon learn that Victor survives. Whether he planned the event for Adam’s benefit, or not, the drama will shift what Grossman’s character moving forward.

Many longtime soap opera stars face constant questions in this social media age about how long they plan to keep working, whether they’ve been asked to leave their jobs, along with other, similarly repeated queries.

Braeden has been the lead male cast member dating back to the 1980’s. He’s daytime’s version of Dallas’ J.R. Ewing (Larry Hagman), who easily ranks with the best nighttime drama villains of all-time.

Victor has stood, is standing, and will continue to stand with the best-ever daytime antihero’s in television history. Yes, the character and Braeden’s consistent performances are just that superb.

Y&R clearly cast Grossman so it could write Adam back to his darker origins. Justin Hartley (Adam) played a more vulnerable version during the mid part of this decade, with Michael Muhney’s edition, which preceded Hartley’s, surely being the most sinister.

Victor thought that he’d gained a fresh chance to establish a normal relationship with his son after confirming that Adam was alive in Las Vegas, Nevada. That belief vanished shortly after the character Grossman now plays came home and regained his memory.

Current circumstances are serving to shift the dynamic between Victor and his enigmatic son. A different direction for this storyline is about to emerge.