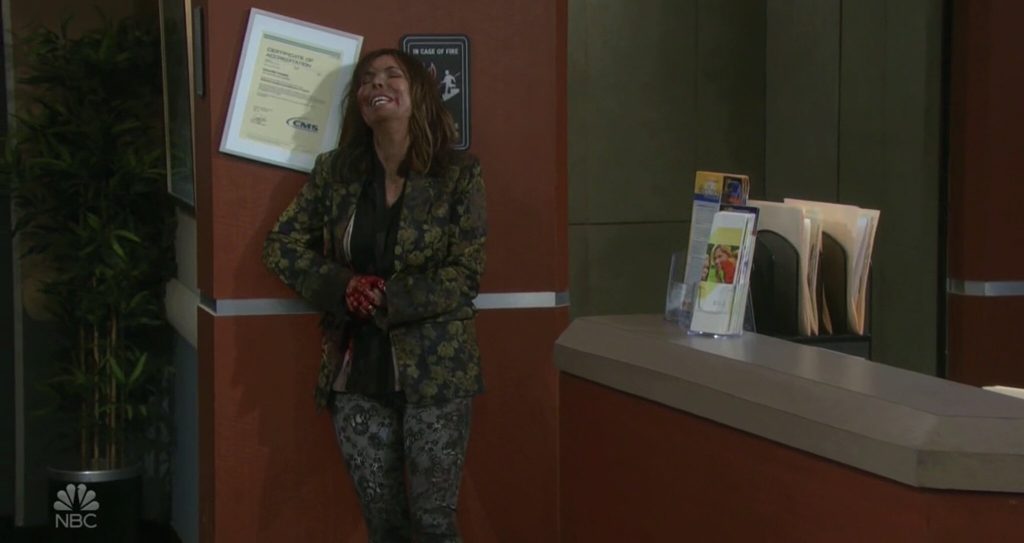 Days of Our Lives spoilers reveal Lucas Horton (Bryan Dattilo) returns to Salem. He is surprised to find out about his mother, Kate Roberts DiMera (Lauren Koslow). Due to Vivian Alamain (Robin Strasser) making a second attempt on Kate’s life, the DiMera CEO ends up in a coma. This forces Lucas to make a difficult decision.

Vivian Alamain already tried to kill Kate Roberts DiMera. However, shooting her and burying her alive didn’t do the trick. Kate still survived and managed to get herself to a hospital before collapsing. When Vivian finds this out, she sneaks into the hospital to finish the job. However, Kate just won’t die and smothering her doesn’t end her life — but does put her into a coma.

Days of Our Lives spoilers tease that with Kate in a coma, Lucas has to make some difficult decisions. Does he pull the plug or should machines keep Kate alive? It is a decision that nobody should have to make, but this is what is happening to Lucas.

Days of Our Lives Spoilers – Salemite Needs a New Heart

Julie Williams (Susan Seaforth Hayes) had a massive heart attack. Too much damage was done and now she needs a heart transplant. However, she can’t get on the transplant list because of her age. Doug Williams (Bill Hayes), Julie and the entire family pray for a miracle.

It is suggested that Lucas Horton’s decision may have to do with whether to pull the plug on his mother. Is he really willing to give Julie his mother’s heart? Before fans get too upset, there is a twist coming.

Brandon Barash is leaving DOOL, but it isn’t known what happens to the character of Stefan DiMera. There is speculation that he dies, which means his heart could go to Julie. What will probably happen is Lucas will decide to give Julie his mother’s heart. However, right before that happens, Kate will either wake up, or a better candidate will surface — Stefan.

What do you think is going to happen on the NBC soap opera? Which heart will Julie Williams receive? There is no news on Lauren Koslow leaving the daytime series, so we are betting she pulls through and Julie receives Stefan’s heart.