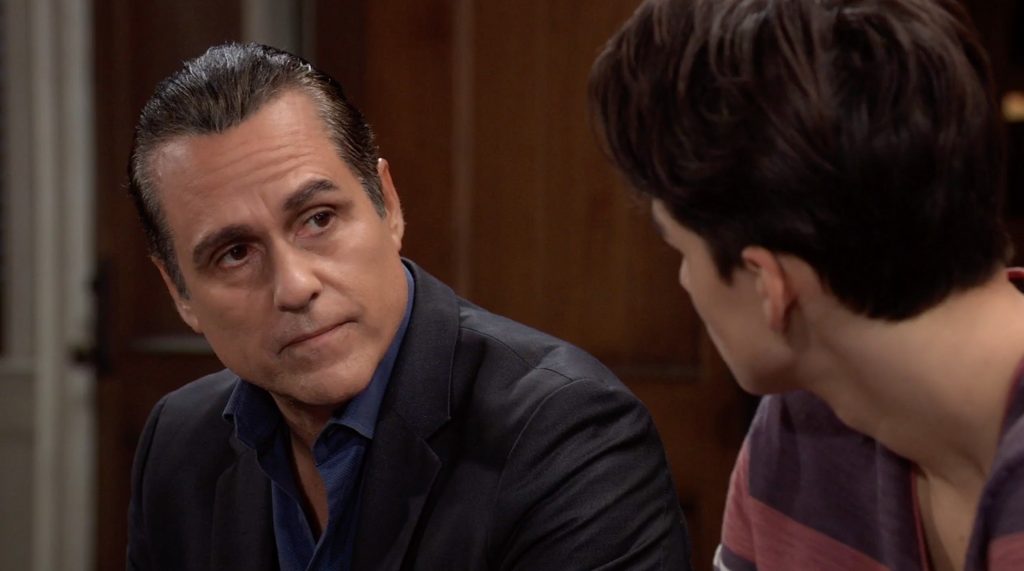 General Hospital spoilers tease that Jasper Jacks (Ingo Rademacher) will confront Sonny and Carly Corinthos (Maurice Benard, Laura Wright). Will it be because he has found out the truth about Dev Cerci (Ashton Arbab)?

General Hospital viewers will recall the conversation that Jax had with Carly and Sonny when he wanted his and Carly’s daughter Josslyn Jacks (Eden McCoy) to come and live with him, because he was uncomfortable with a teenage boy her age that he knew practically nothing about, cousin of Sonny or not, living in the same house with Joss. He knows what can happen in such cases, since Joss and Dev are not related by blood at all and that “brother-sister” boundary is not there. It might be different if the two had been raised together as brother and sister since babies, but this is not the case!

Jax is also suspicious of Dev, like he doesn’t think that Dev is who he claims to be. He asked him some pretty in-depth questions about himself and his life and his family, like he was quizzing him to see if he’d give the right answers! Jax has been around the world and to many countries, and he may recognize a Turkish kid when he sees one and doesn’t buy that he’s a relative of Sonny’s! Jax is probably also aware that Sonny had looked for his son Dante Falconeri (Dominic Zamprogna) in Turkey, because news does get around. Carly or even Joss herself may have told him when he would call to check up on Joss. Dev still has a little bit of a foreign accent too, even when he tries his best to sound like an American teenager, and Jax, as an Australian, knows that one’s accent if from another country can be pretty hard to hide unless he’s in the United States from a very young age!

Jax has many contacts that he could have do an in-depth background check on Dev, and they may pull up intel that Sonny thought he could have hidden or faked by Brick (Stephen A. Smith). Plus, no matter how many records that Sonny had made for Dev’s changed identity, one thing he could not have changed is his fingerprints! If Jax is really concerned about safety concerns for Joss and doesn’t trust that Dev is safe, he might even have his contacts run Dev’s fingerprints; those would be very easy to obtain off of anything Jax saw him touch! If he finds Dev is not a legal immigrant he probably won’t say anything about it but if he finds criminal records or anything like that or that Dev is posing as a teenager, you can bet he’ll go straight to Sonny and Carly with the intel and there will be a confrontation indeed!