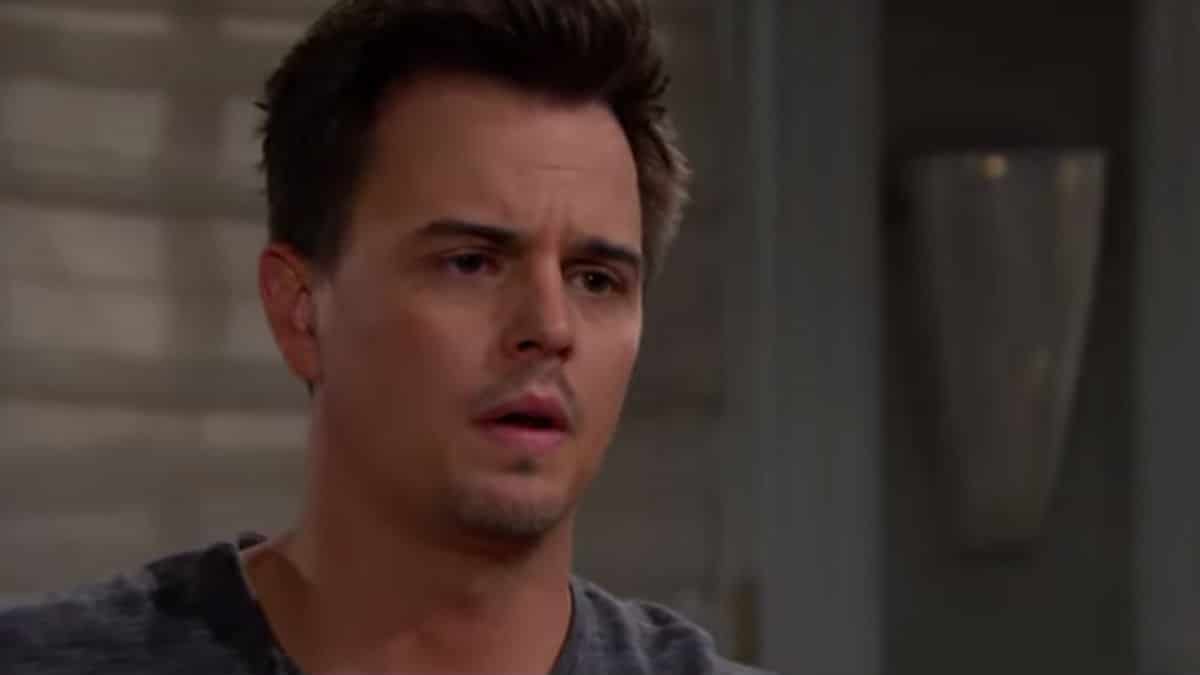 Wyatt Spencer (Darin Brooks) appears to love Sally Spectra (Courtney Hope) on ‘The Bold and the Beautiful’. But she is his second choice, which is one reason why Hope’s character expressed a desire to take it slow.

After resisting his offer to move back to the beach house, Wyatt popped a marriage proposal. Sally was surprised, to say the least. Meanwhile, Flo Fulton’s (Katrina Bowden) incredible early release from jail reignites the rivalry for Wyatt’s heart.

Bold & The Beautiful Spoilers – Wally Was Fun, But Didn’t Last

Brooks’ character had terrific on-screen chemistry with Heather Tom’s (Katie Logan) alter ego. The same was true when he and Hope’s character were together. Comedic acting chops are one of Brooks’ specialties.

Wyatt’s relationship with Katie was restricted during ‘Batie’s’ time together, due to Bill Spencer’s (Don Diamont) objections, as she was his ex-wife and the mother of Will Spencer (Finnegan George). That factor eventually pushed Wyatt and Katie to realize that they couldn’t last.

Bill didn’t want Wyatt to be with Sally because of her history. But Wyatt didn’t listen to his dad, which allowed ‘Wally’ to thrive. However, this couple also didn’t last because Flo came back into his life.

Flo’s power in Wyatt’s life involves her being his high school sweetheart. She’s not simply a fond first love, but seemingly an enduring soul mate.

Sally was naturally hurt when Wyatt quickly dumped her earlier this year. The grounds he used to end their relationship were weak, involving Sally having not told him about Thomas Forrester’s (Matthew Atkinson) plans involving ‘Lope’. Wyatt’s decision actually felt like a way for the ‘Thope’ storyline to be forwarded.

Wyatt told Flo, on the day of her release from prison, that he was concerned about her, but that she’d violated his trust. Flo’s hope is to regain his friendship. Having freedom and still retaining at least a piece of his heart, the potential for a reconciliation can’t be discounted by Sally.

Wyatt’s choice would seem to be easy. Stay with Sally, while allowing time to pass until she’s ready to fully commit. As she said, both parties need to learn to trust each other again.

Then, there’s Flo. While she was caught in a bad situation, the decisions she made appear to reflect a flaw in her character. It’s natural for Wyatt to be leery of even maintaining contact at this point. But love overrules the mind, as fans of B&B have often seen through the years.

‘Wally’ didn’t have enough time to fully explore their relationship during the first go-round. So, a second try seems in order.

Wyatt left Flo, without warning or explanation when he and his mother needed to bolt from Las Vegas, Nevada, years ago. This time, Flo left Wyatt with no choice when he chose to walk away from her. Would a third try be justified?

Fans of ‘The Bold and the Beautiful’ rightfully express their opinions on a regular basis. So, will Wyatt stay with Sally, or go back to Flo? Please vote in our poll below!