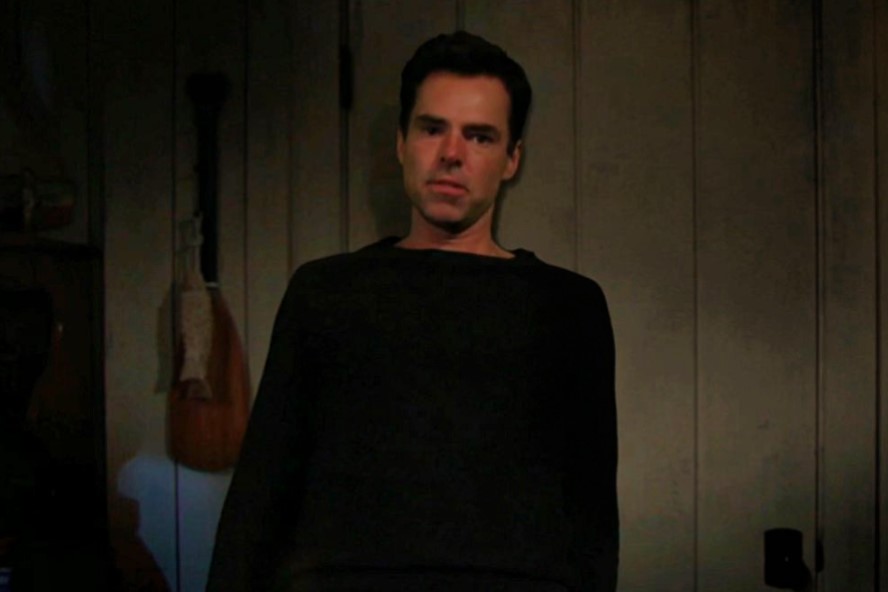 The Young and the Restless spoilers for Tuesday, September 17, tease that Billy Abbott (Jason Thompson) will tell Victoria Newman (Amelia Heinle) that Chloe Mitchell (Elizabeth Hendrickson) was right, and that he lured Adam Newman (Mark Grossman) to the place where Delia Abbott (Sophie Pollono) was killed, and that he tried to kill him. Victoria will think that Billy can now begin to heal. Billy will be concerned about the “other Billy” who takes over his mind, and he’ll wonder what will happen if he can’t make him go away.

Victoria will say that she’s not scared because she knows the real Billy, and she’ll tell him to confront the part of himself that hasn’t healed. She’ll reiterate that she’ll help him, and that she believes in him. She’ll then leave Billy alone while she goes to get him something to eat. From here, Billy will be “visited” by various people in his life as he works through his issues in his mind.

First, Billy will open his eyes and see an older version of his daughter Delia. Billy will think that she’s a confident young woman and thinks that they would have had a wonderful life together if it weren’t for Adam. Delia will tell him that his vendetta against Adam was understandable the first time, and she’ll say that all of the work he did on himself is gone now. Billy will say that he wants to get better, and Delia will say that if he’s capable of all of this so many years after she died, it’s who he is.

Billy will explain to Delia what happened at the Chancellor mansion, and he’ll say that he’s trying to push the darkness out of himself. Delia will tell him that the “other side” is beautiful, but that he won’t be allowed in because of the malice in his heart and soul.

Next on Y&R, Billy will encounter Jack Abbott (Peter Bergman). Jack will say that Billy is the world’s biggest screw-up, and Billy will reply that he knows he messed up and will fix it. But Jack will say that he’s not fixable, and that he set a torch to his life because of his hatred for Adam.

Jack will opine that Billy’s weak, and a gum-chewing Billy will tell Jack he’s wrong. Jack will say that Billy’s obsessed, and the men will argue, with Billy accusing Jack of being jealous of him. Ultimately, Jack will tell Billy that he can only be one person, the good guy or the slacker, and that he needs to pick one.

At that point, Phyllis Summers (Michelle Stafford) will appear and sarcastically think that Billy’s love for Victoria is so sweet. Phyllis will say that she likes Billy better edgy, and Billy will say that he’s this close to losing it. She’ll tell him that it might be too late. She’ll needle him for sleeping with Summer Newman (Hunter King) and tell him he’s incapable of love. She’ll play poker with him, noting that the stakes are high – if he wins, he gets Victoria and everything he wants, but if he loses, he’ll succumb to being a lost cause. Phyllis will win the hand.

Next on Y&R, Adam will pull Billy out of the bed and say that he knows what Billy tried to do to him and he’ll make him pay. Adam will yell at Billy about what’s going on in his head because they worked through all of this years ago. Adam will ask why Billy hasn’t gone after Connor Newman (Judah Mackey), and Billy will reply that he’s not a monster. Adam will then decide that this should end today, because he can’t spend his life looking over his shoulder. Adam will then start strangling Billy and then turn into Billy’s alter.

Victoria will then return while Billy is struggling with his alter. Ultimately, Billy will punch the alter, who finally disappears. Billy will tell Victoria that he doesn’t want that side of him to come back again, and that he finally feels like he can get to the other side.

Finally, on Tuesday’s new episode of Y&R, Billy will tell Victoria that if there is any good left in him, it’s because of her, and they’ll hug.