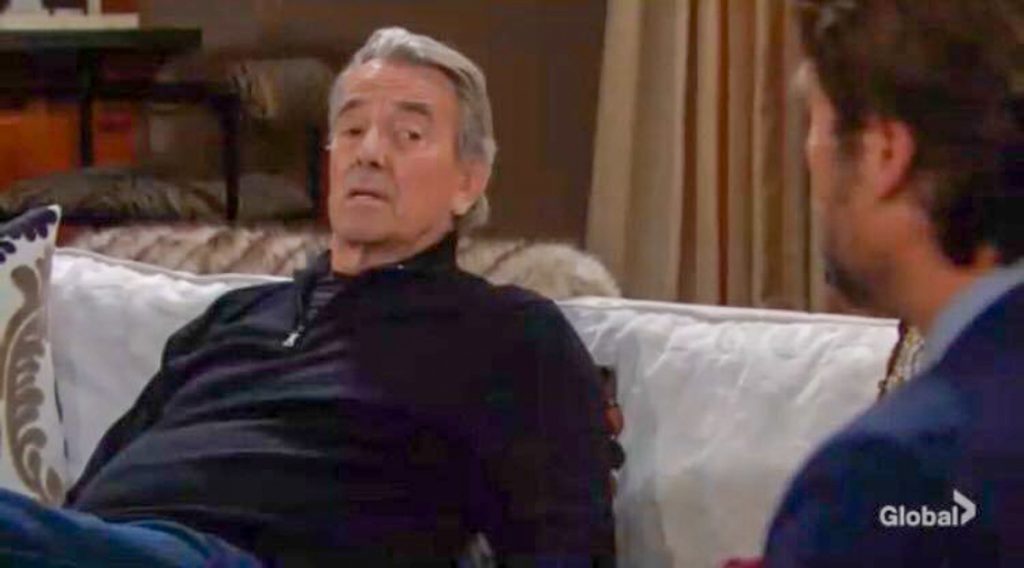 The Young and the Restless spoilers tease that Nick Newman (Joshua Morrow) will soon learn that carrying his last name has just as many disadvantages as it does advantages! In fact, there are quite a few surprises in store for Nick and some of them will end up catching him off guard. Here’s what you need to know.

The Young and the Restless Spoilers: Victor Teaches His Son A Lesson

Beginning the Monday, November 11 episode, Nick will learn that his father Victor Newman (Eric Braeden) will teach his younger son Adam Newman (Mark Grossman) a lesson that he’s not going to forget anytime soon. That’s because he will catch the troublesome young man off guard. Elsewhere, Paul Williams (Doug Davidson) is back and he will have a new crisis on his hands that he will have to deal with.

Meanwhile, Phyllis Summers (Michelle Stafford) smells trouble for Chelsea Newman (Melissa Claire Egan). She has a feeling that it might have something to do with the handsome man named Brady Black (Jeffrey Vincent Parise) that has been hotly following her around everywhere in Genoa City. Little does Phyllis know that Brady is following her for a reason and that’s because he wants the money that is owed to him. However, because Phyllis is Phyllis, she is going to set up a trap in the hopes that she will be able to meddle her way in between this.

By the middle of the week, there is going to be absolute chaos over at the Abbott mansion. Kyle Abbott (Michael Mealor) is still having a hard time swallowing the fact that his nemesis Theo Vanderwall (Tyler Johnson) is now a part of the family. Also, Ashley Abbott (Eileen Davidson) will pop back in town from Paris to find that her entire family is in disarray.

During the Thursday, November 14th episode, both Victor and Nikki Newman (Melody Thomas Scott) will jump into action when they realize that the family’s reputation is at stake. And yes, this is also very bad news for Nick Newman and his future plans. Needless to say, The Young and the Restless fans will have to tune in to find out what will happen next.