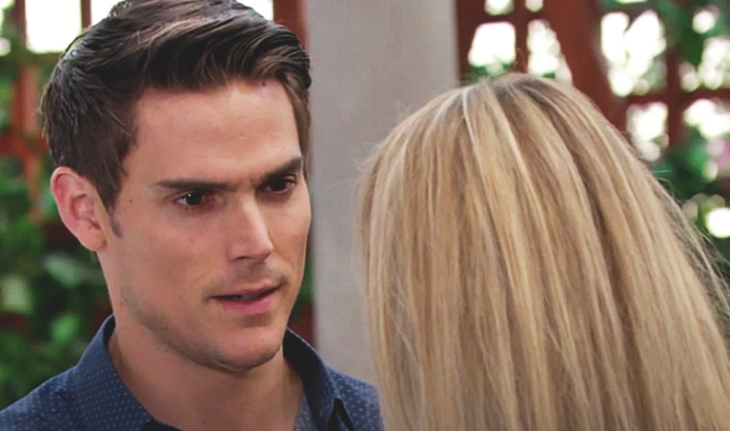 The Young and the Restless spoilers for Tuesday, August 20, tease that Adrian Rosales (Jay Montalvo) will cause more family turmoil. He’ll show up at Crimson Lights and irritate Rey Rosales (Jordi Vilasuso), who will observe him trying to flirt with Sharon Newman (Sharon Case). Rey will cart his dad off to the patio and they’ll have words and rehash family history.

Once he hears that Adrian is out of work, Rey will think that he’s trying to cash in since Lola Abbott (Sasha Calle) married into the rich Abbott family. Adrian will then needle Rey about Mia Rosales (Noemi Gonzalez) having a baby with Arturo Rosales (Jason Canela). Things will get heated, and finally Celeste Rosales (Eva LaRue) will break them up.

Adrian will then attempt to get Celeste to give him another chance, but fortunately Celeste won’t fall for it. Later, Rey and Celeste will regroup, and she’ll remark that Adrian will never find happiness, but that Rey will be happy one day.

Next on Y&R, Michael Baldwin (Christian LeBlanc) and Lauren Fenmore (Tracey E. Bregman) will talk at the rooftop bar, with Lauren suspicious about Michael’s election bid. She’ll wonder if his decision to seek the position of DA has anything to do with Adam Newman (Mark Grossman). She’ll further note that something’s not right about him taking on Adam as a client, and she’ll try to question him further, but he’ll preoccupy himself with greeting voters.

Phyllis Summers (Michelle Stafford) and Summer Newman (Hunter King) will then show up at the bar and announce that they voted for Michael. They’ll discuss the wedding, and Phyllis will be proud of how Summer handled herself, and she’ll wonder if Lola knows anything about the woman who Theo Vanderway (Tyler Johnson) brought to the wedding.

Adam will show up and pull Michael aside to say that he “persuaded” other potential candidates not to run against him. When Michael leaves, Phyllis will approach Adam, and she’ll thank him for selling The Grand Phoenix to Abby Newman (Melissa Ordway). They’ll wind up talking about Christian Newman’s (Alex Wilson) custody case, and Phyllis will get her digs in about Adam’s sad life.

Young And The Restless Spoilers – Kola Is Enjoying A Romantic Honeymoon

Meanwhile, Zoe Hardisty (Anna Grace Barlow) will arrive at the rooftop bar and introduce herself to Summer. They’ll converse, and Zoe will relay that Theo told her that Kyle Abbott (Michael Mealor) had been worried about her, and that she doesn’t hold any grudges about what happened. Then Theo will appear and invite Zoe and Summer to lunch, but Zoe will observe that Summer is busy with Phyllis.

Next on Y&R, Lola and Kyle will be on their honeymoon and having a good time enjoying each other’s company. They’ll relive their wedding via photos and talk about the various goings-on at the ceremony, including Adrian showing up. Lola will wonder aloud if Theo was trying to make Summer jealous by bringing a date. Later, they’ll discuss the various things they could do while they’re away, but they’ll end up falling onto the bed and making love.

Next on Y&R, Michael and Lauren will have coffee at Crimson Lights, and Michael will gripe about how Adam rips through people’s lives and just takes what he wants. She’ll wonder whether he’s becoming DA in order to take Adam down, but Michael will say that this would be unethical. Finally, on Tuesday’s new episode of Y&R, Sharon will be in Chancellor Park when she gets a call from Adam. He’ll soon join her and promptly ask her to marry him, totally shocking her.