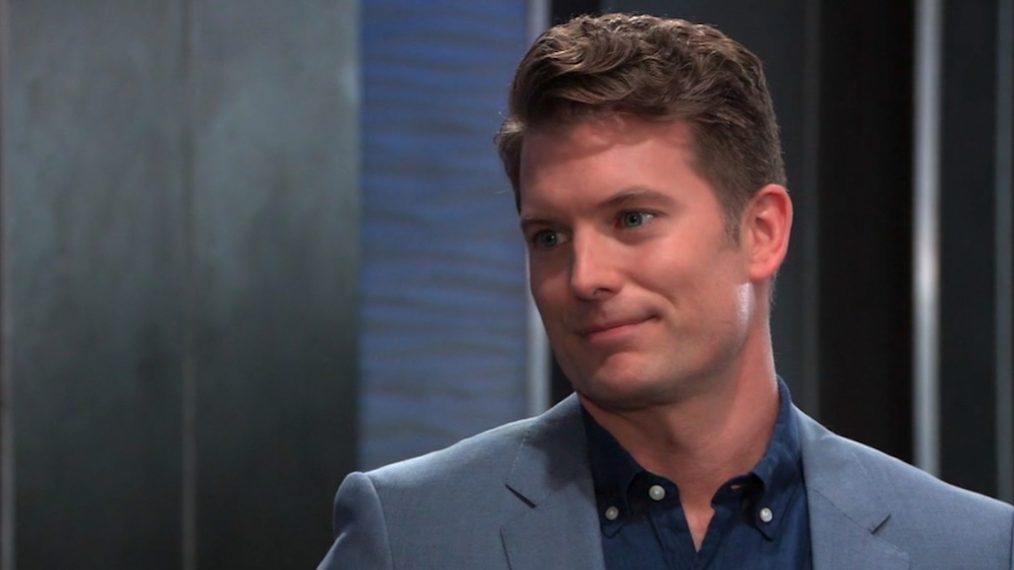 General Hospital spoilers tease that Dustin Phillips (Mark Lawson) will swoop in to lend Lulu Falconeri (Emme Rylan) a helping hand; but General Hospital viewers want to know, will she accept it?

GH Spoilers – Matchmaking Maxie Jones’s Been At It Again!

General Hospital spoilers say Lulu’s best friend, Maxie Jones (Kirsten Storms) will want Lulu to have a little fun in her life now that her unwanted divorce from Dante Falconeri (Dominic Zamprogna) is close to being finalized – by Dante! So she will set up some time for that cute Dustin Phillips (Mark Lawson) to be available for Uber rides, for household chores, and for ready companionship, hoping it will evolve into more – which Maxie and her ulterior motives think it will! However, Lulu herself may not quite be ready to take that kind of a step in her life so soon after her divorce is finalized! 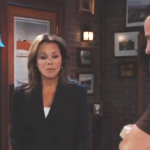 General Hospital Spoilers – Maxie Jone’s Planned A LOT Of Opportunities For The Newly Single To Mingle!

According to portrayer Emme Rylan in Soap Opera Digest, Maxie plans a lot of time for her newly divorced bestie to spend time with Dustin, mainly to take Lulu’s mind off of the divorce, but Maxie will have more on her mind than a guy pal for Lulu and a gal pal for Dustin! She, and General Hospital viewers can see a generous amount of spark between Dustin and Lulu, whose names will inevitably be merged into “Lustin”! (Well, that sounds better than Ludu or Dulu!)

General Hospital fans are mixed in their opinions, however, some wanting “Lante” to have been able to work out even at the solution of a recast, but according to Emme, the show wanted to leave the door open for Dominic to return if he wanted, so they didn’t want to recast him. Other General Hospital fans just want Lulu and her children to be happy and taken care of properly even if she does remarry someone new!

GH Spoilers – So What Will Dustin Phillips Swoop In To Lend A Helping Hand For?

It sounds like Dustin will tell Lulu, after being set up by Maxie to do so, that he is available for anything anytime she needs him, but what Lulu won’t realize is that Maxie will set up opportunities for Dustin to swoop in and lend his helping hand. One General Hospital spoiler teases that Maxie will be pulled away, which could imply that she’ll set up a date with Lulu for herself, and Dustin, having been arranged for by Maxie, will join them but then Maxie will conveniently have to attend to something else and leave Dustin and Lulu by themselves!

According to Emme Rylan, Lulu will enjoy herself at the little get-togethers with Dustin, and there will be that feeling that, hey, he’s cute and he thinks I’m cute, and we’re having fun, but is this too soon? This guy’s not my husband, my husband is gone! So Lulu will go back and forth between enjoying the flirtation but still feel like she’s being untrue to Dante and that it’s just way too soon to even think of being involved with anyone else!

So will Lulu eventually open herself up for a new life and a new man, and will that man be Dustin? Stay tuned to General Hospital and keep checking General Hospital spoilers frequently for all the latest news, updates and developments!