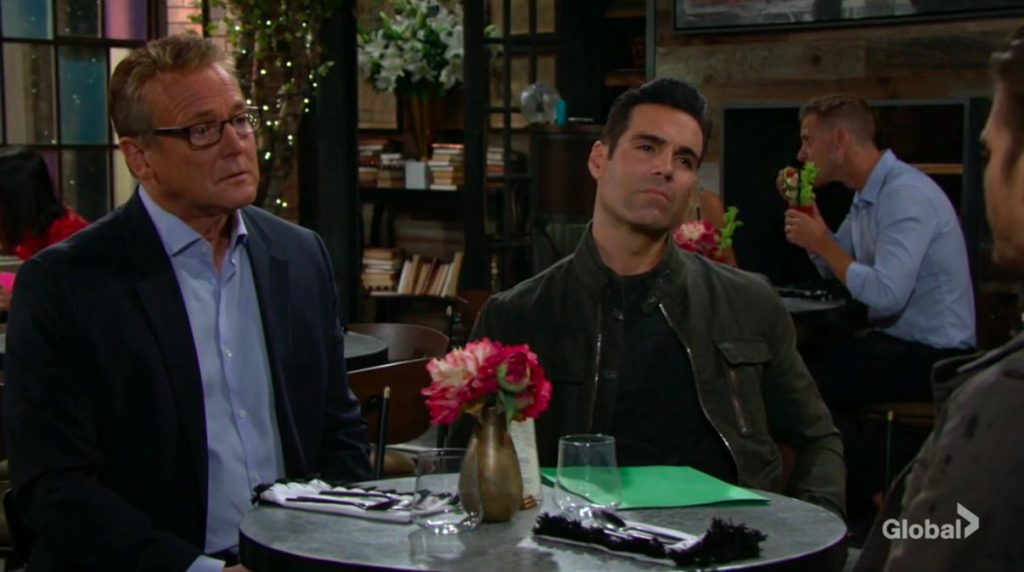 The Young and the Restless (Y&R) spoilers for Thursday, September 19, tease that Traci Abbott (Beth Maitland) and Jack Abbott (Peter Bergman) will catch up at the Abbott estate. They’ll remark on Victor Newman’s (Eric Braeden) passing, and how it’s like the world as they knew it is gone. Traci will share that Ashley Abbott (Eileen Davidson) is in shock, and Jack will muse about his ongoing rivalry with Victor. Talk will turn to Jack’s trip, and he’ll note that whatever he thought he was looking for, he had all along.

Meanwhile, at Society, Phyllis Summers (Michelle Stafford) will leave a message for Summer Newman (Hunter King), then receive a text from Nick Newman (Joshua Morrow) inviting her over. Across the room, Devon Hamilton (Bryton James) will chat with Nate Hastings (Sean Dominic) about Victor’s death. Jill Abbott (Jess Walton) will arrive and they’ll discuss his upcoming meeting with the lawyer contesting Katherine Chancellor’s (Jeanne Cooper) will. Devon won’t be too worried about it, and Jill will ask how Devon is doing. He’ll say he’s happy, which will make her happy.

Next on Y&R, Adam Newman (Mark Grossman) will leave Chelsea Lawson (Melissa Claire Egan) a message that he needs to see Connor Newman (Judah Mackey). Chelsea, who’s at Nick’s place, won’t respond to his call. She and Nick will chat about Adam and his possible involvement in Victor’s death. Nick will say that he doesn’t want Connor around Adam right now.

Later, Phyllis will arrive, and Nick will advise her to give Summer space right now. He won’t want to talk about Victor with her since she hated the man. Phyllis will refer to Victor’s illness, and he’ll realize that she’s talked with Adam before telling her that he thinks Adam killed Victor. He’ll suggest that she give them proof of that, and she’ll get peeved. Nick will ask if she knows anything, but she’ll deny it. 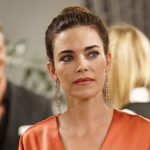 Next on Y&R, Paul Williams (Doug Davidson) will arrive at the Newman Ranch to see Nikki Newman (Melody Thomas Scott). He’ll share his condolences with her, Summer, and Abby Newman (Melissa Ordway).

Nikki will tell him that she wants him to arrest Victor’s killer and that she thinks it’s Adam. Paul will be skeptical, and Nikki will beg him to investigate. Later, Jack will come to see Nikki and he’ll say that Nikki’s love was the most important part of Victor’s life.

At Crimson Lights, Sharon Newman (Sharon Case) will catch up with Mariah Copeland (Camryn Grimes). They’ll discuss Victor’s death. Mariah will wonder if she’s thinking about Adam, and Sharon will admit that she’s concerned about him, but that she’s not going to rush over to comfort him. Rey Rosales (Jordi Vilasuso) will arrive, and soon thereafter Paul, who will say he’s opening an investigation into Victor’s death.

Paul will also share that they think Adam had something to do with Victor’s passing, and Rey will find that quite interesting. Adam will then arrive on the scene, and Rey will say that he’s sorry about Victor’s death and he’ll note how sudden it was.

Adam will look right at Sharon and deny murdering Victor before leaving. Sharon will be shocked by the whole scene and confront Rey about it before leaving. Rey will then hear from Paul who will say that Victor had elevated levels of medication in his blood, so it’s officially a homicide investigation.

At Society, Jack will have tequila and offer a private toast to Victor. Meanwhile, at the Newman Ranch, Nick will tell Nikki that it’s started, and it’s time that Adam finally learns that his actions have consequences. Nikki will say that she wants to be there when Adam pays.

Young & The Restless Spoilers – Devon Hamilton Gets A Big Shock

Finally, on Thursday’s new episode of Y&R, Devon will open his penthouse door to find a woman who looks just like Hilary Hamilton (Mishael Morgan). He’ll be in total shock.

The Young and the Restless Spoilers Friday, February 21: Victoria’s Surgery &…