The Young and the Restless Spoilers: How Will Victor Let Adam Know He’s Not Dead? 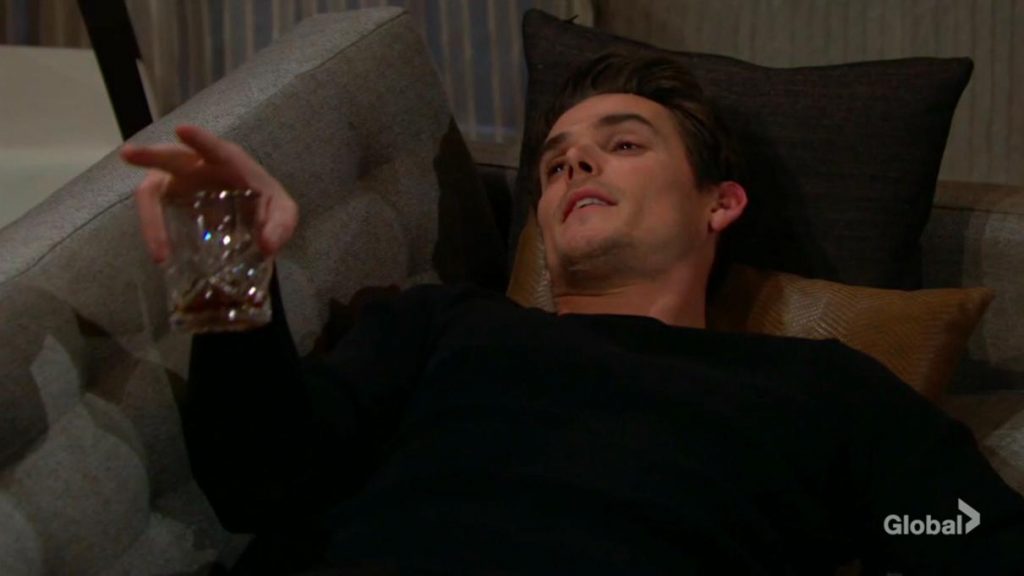 Buzz and savvy fan assessments indicate that Victor Newman (Eric Braeden) is not dead on ‘The Young and the Restless’. Instead, he’s orchestrating a grand ruse in order to set up Adam Newman (Mark Grossman).

Working with Dr. Nate Hastings (Sean Dominic) and seemingly, Nick Newman (Joshua Morrow) and Nikki Newman (Melody Thomas Scott), Victor is playing dead in order to force Adam to reveal what he did. As viewers witnessed, Adam replaced his father’s pill bottle with another that double-dosed him for a short period of time. But side effects seemed to happen immediately, unless the initial Crimson Lights fade was also an act that he wanted his youngest son to witness.

Victor seemingly died in front of the gathered Newman throng, less Vickie Newman (Amelia Heinle), at the Ranch. Everyone appeared to be shocked. Now, with a return from the grave storyline building, it’s fair to ask how Y&R will bring Victor back from the dead?

It’s rather spooky that Y&R is presenting a full-blown death ruse. Apparently, there are Newman family members who aren’t in on it either. Abby Newman (Melissa Ordway), Summer Newman (Hunter King), and Adam Newman (Mark Grossman) are seriously grieving. Vickie is added to the count also. As the full backstory hasn’t yet been revealed, it’s hard to definitively say who’s in the know and who isn’t.

With Adam being the target, Nate must have discovered elevated chemical levels in Victor’s blood test. So it’s possible that security camera views provided proof of what Adam did, serving as confirmation that he was adjusting his father’s medication.

As fans recall, Adam told Victor that he believed him to have ordered the near hit-and-run accident on Route 7. So, Victor likely saw that as his son’s demented form of motivation.

Adam’s admission to Phyllis Summers (Michelle Stafford) was telling. He said that he merely wanted Victor weakened so he could swoop in, take over Newman Enterprises, and sell off its parts.

Phyllis seemed stunned by Adam’s report of Victor’s death. So she’s probably not part of the gaslighting. But Phyllis could have told Nick that Adam was planning to double-dose Victor’s medication, which was then passed along.

If Phyllis didn’t serve as a source, then Victor and Nate determined what was happening. They put their plan in motion, with at least Nick and Nikki helping to coordinate.

Victor wants Adam to hang for awhile, just as Y&R is allowing the fans to dangle. He can’t believe the depths Adam has sunk to, but must create a truly just punishment in order to force a shift in the dynamic that exists between them. Plus, Victor wants to neutralize Adam’s ongoing threat to the entire family.

A faux haunting could be coming, with visions of the ‘Moustache’ scaring the daytime daylights out of Adam, before eventually revealing the truth. Then again, Victor might lure Adam to a remote location where he’ll announce his presence. Nick, or Nikki may also serve as guides to the big surprise.

With however it happens, Victor will exact the right measure to apply a strong life lesson to Adam. It’s sure to be one that he’ll never forget and hopefully will help him to reform.

Fans of ‘The Young and the Restless’ rightfully express their opinions on a regular basis. So, how will Victor let Adam know that he’s alive? Please vote in our poll below!

Days Of Our Lives Spoilers: Brady Is Hard Time Fighting Off His Attraction To Kristen — Is A Reunion Coming?