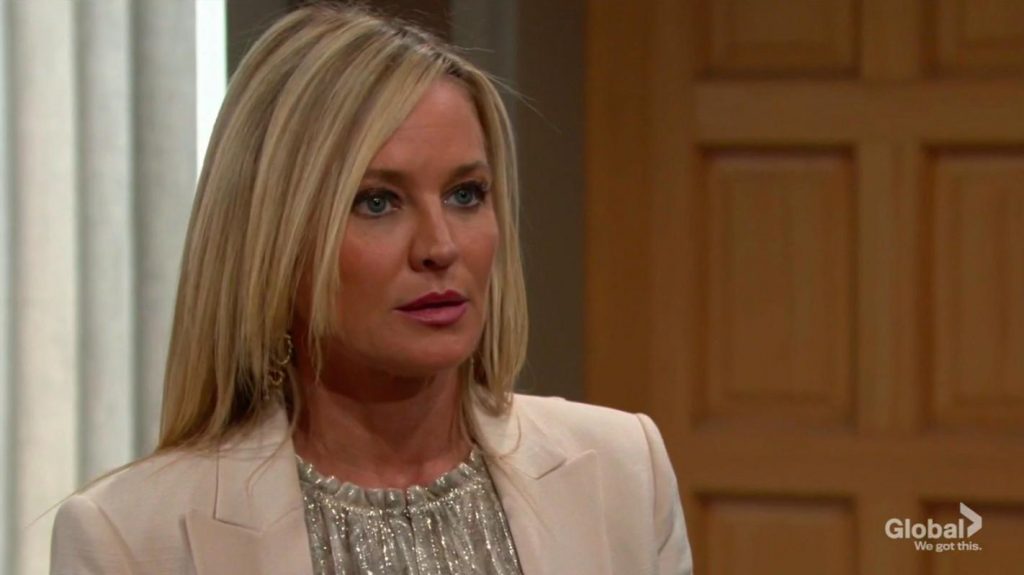 Sharon Newman (Sharon Case) still has a soft spot in her heart on The Young and the Restless. It’s different than the one she has for Rey Rosales (Jordi Vilasuso), or the permanent section of her soul that will always be devoted to Nick Newman (Joshua Morrow).

Adam Newman (Mark Grossman) has maintained his connection to Sharon since this role was played by Michael Muhney (Adam). His latest return from the dead caused Victor Newman (Eric Braeden) to ask Sharon for her assistance.

Sharon’s agreement, in aiding Adam’s start on the path to restoring his memory, has led to another thin ‘Shadam’ revival. While it’s not full-blown, Sharon’s re-connection to the part Grossman now plays has led to trouble.

Young And The Restless Spoilers – Rey Rosales Is Totally Right

Rey was deeply concerned as soon as he got to know Adam. Vilasuso’s character instantly recognized that he was playing off Sharon’s kind-heartedness, but also saw that she was still affected by Adam’s charms. Despite giving her some leeway, Rey eventually opted to end ‘Shey’ as a result.

Sharon discounted Rey’s assertions, but never fully denied that she cares deeply for Adam. In her mind, she owed him because he’d saved her life on more than one occasion in the early to mid part of this decade. Sharon’s emotions are leading her astray once again.

Sharon is speaking with conviction about how Adam could not have been involved with Victor’s presumed death. She’s blindly loyal to someone who arguably never put her first.

It’s fair to say that Adam was responsible for saving Sharon from the fire she set at the original Ranch a number of years ago. He also did demonstrate compassion when ensuring that Sharon received mental health treatment. That effort led to her being properly diagnosed as bipolar, which eventually resulted in her receiving continued therapy sessions and medication which have combined to produce stability.

But current manipulations can’t be imagined away. Whatever Adam did in the past does not negate what he’s done to his father now, or in allowing Sharon to defend him when he’s in the wrong.

Young And The Restless Spoilers – Sharon Newman’s Reputation Is Fragile

Case’s character worked hard to restore her reputation in Genoa City, Wisconsin. Along with stabilizing her mental health, she’s maintaining Crimson Lights, holds a degree that can be tapped at any time to help others, and most importantly, remains a solid mother to her children.

Sure, there will always be people who look down on Sharon. Nikki Newman’s (Melody Thomas Scott) ears are burning if she read that last sentence. But many people beyond the matriarch of the Newman family have cast aspersions on Sharon over time.

Proof that Adam doesn’t care about Sharon’s reputation exists purely based on the fact that he’s allowing her to defend him now. She’s still not able to see who he really is. Yes, that’s blind loyalty, or love as the soapy case may be.