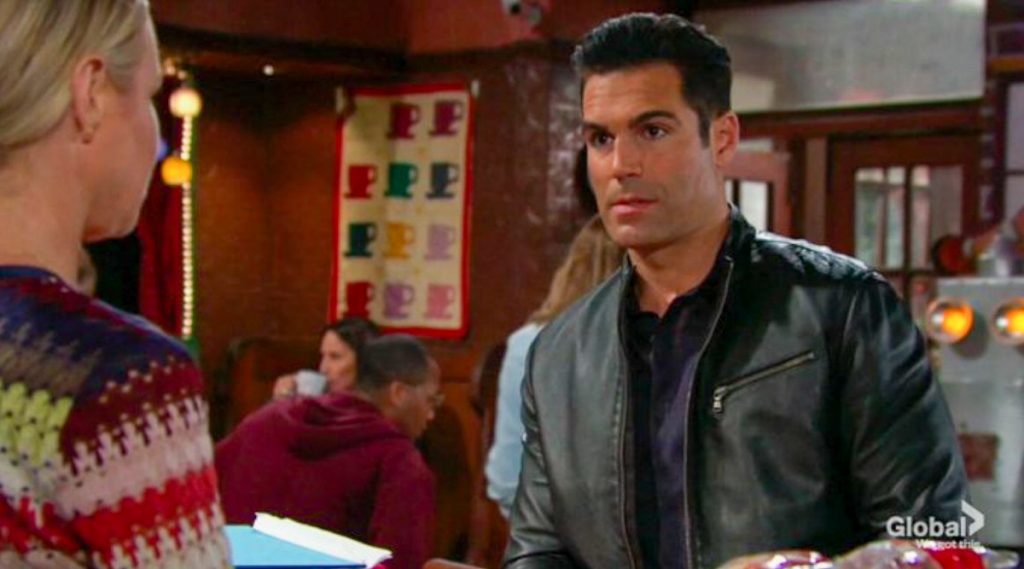 However, the issue with ‘Shey’ wasn’t and isn’t whether chemistry exists. It did and does. Instead, each half of this much teased and then only temporarily realized couple has taken turns doubting the the other fifty percent.

Young And The Restless Spoilers – A Year Ago Seems Like Ten

It seems like a long time has passed since Vilasuso first joined the cast in the summer of 2018. The talented daytime actor learned and skillfully delivered countless pages of dialogue, across an enormous amount of scenes for many months that followed.

Y&R’s power base, at the time, had Vilasuso’s character become the next Rosales’ family member, as part of a newly introduced group that began with Arturo Rosales (Jason Canela).

While Sharon caught Rey’s eye the first time he saw her at Crimson Lights, he was still married to Mia Rosales (Noemi Gonzalez) at the time. Rey remained loyal to his vows and Sharon respected ‘Ria’ as well. 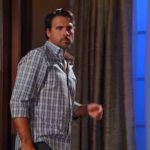 Mia’s veer back to Arturo and their eventual re-coupling, with a child that’s just been born as well, gave Rey the green light he needed to pair with Sharon. The inevitable happened, but didn’t create a lasting bond.

‘Shey’ fans may have felt like ‘Shick’ supporters have on many occasions. After a lengthy period of time, Sharon and Rey got together and then broke apart shortly thereafter. That didn’t make full daytime sense.

Hardcore Y&R fans know that Sharon seems destined not to remain in a committed relationship for a long period of time. However, Rey’s break from her happened shortly after they began living at the cottage.

The Young and the Restless Weekly Spoilers October 14 to October 18: Nick and Chelsea’s Romantic Time – Nate and Abby Break Up – Lola Could Be Pregnant #yr #youngandtherestlesshttps://t.co/TfEv0eeZCI

Rey ended ‘Shey’ because he was fearful that Sharon was being pulled back into Adam Newman’s (Mark Grossman) chaotic world. Rey was right and Sharon never denied that a part of her heart is with Adam.

However, Adam is in Las Vegas, Nevada, right now. No matter what Sharon, or Rey may think, no one knows when he’ll return, though he surely will. The point being, that Rey can’t use Adam as an excuse to stay away from Sharon and he’s not.

Sharon is hesitant to restart a relationship with Rey because of their sporadic history. But some risks are worth taking, with this one likely being one of them.

Again, love isn’t the issue. So, why not take matters slow? Sharon could see how it goes with Rey the second time around.