Young And The Restless Comings And Goings: Is Jason Canela Returning As Arturo Rosales? 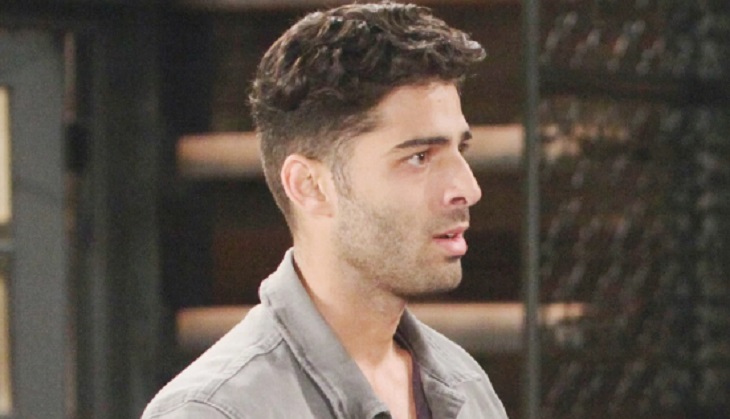 It seems that “The Young and the Restless” fans may see a familiar face in Genoa City. It’s possible that Jason Canela will make a return on the canvas as Arturo Rosales. Rumors of Canela’s likely return to the show started after co-star Christian LeBlanc, who portrays Michael Baldwin, posted a photo of him, Canela, and Jordi Vilasuso, also known as Rey Rosales, from the soap opera’s set on Instagram.

The photo, which captioned, “All Rosales up in Here!!!!” has been deleted and the show has yet to common on Canela’s return. Could the photo’s deletion mean that Canela will be back and the show just doesn’t want to reveal any details yet?

Young And The Restless Spoilers – Jason Canela Spotted On Set

The photo LeBlanc shared could mean nothing. Perhaps, Canela just dropped by the set for a visit. But if the rumors are true, it is the perfect time for him to return since his younger sister Lola Rosales (Sasha Calle) is set to marry Kyle Abbot (Michael Mealor). The family’s matriarch Celeste Rosales (Eva LaRue) even came back with hopes of bringing the family back together. Could this be taken as another sign of Arturo’s return?

Young And The Restless Spoilers: Kyle’s Past Concerns Lola – Kola Wedding In Jeopardy?

If he returns, fans will get to see how things are going to be between him and Rey. Viewers may recall that Arturo cheated with Rey’s wife Mia Rosales (Noemi Gonzales) before he left town. They’ve been having an affair for a while but that time, he got her pregnant, which Mia tried to pass off as Rey’s. When Rey found out, he was furious. He broke up with Mia and moved on with Sharon Newman (Sharon Case). Although the two managed to make peace before Arturo left, fans know that things will never be the same between the two.

Rey’s not the only one Arturo betrayed. He cheated on Abby Newman (Melissa Ordway) when he fooled around with Mia. He tried everything to get her back but Abby denied his efforts and never forgave him for what he did. So, when he realized that there was nothing left for him in Genoa City, he decided to be with Mia and their unborn child, and they left town for good. How will Abby take it if ever she sees Arturo once again? Will she be in a forgiving mood by then?