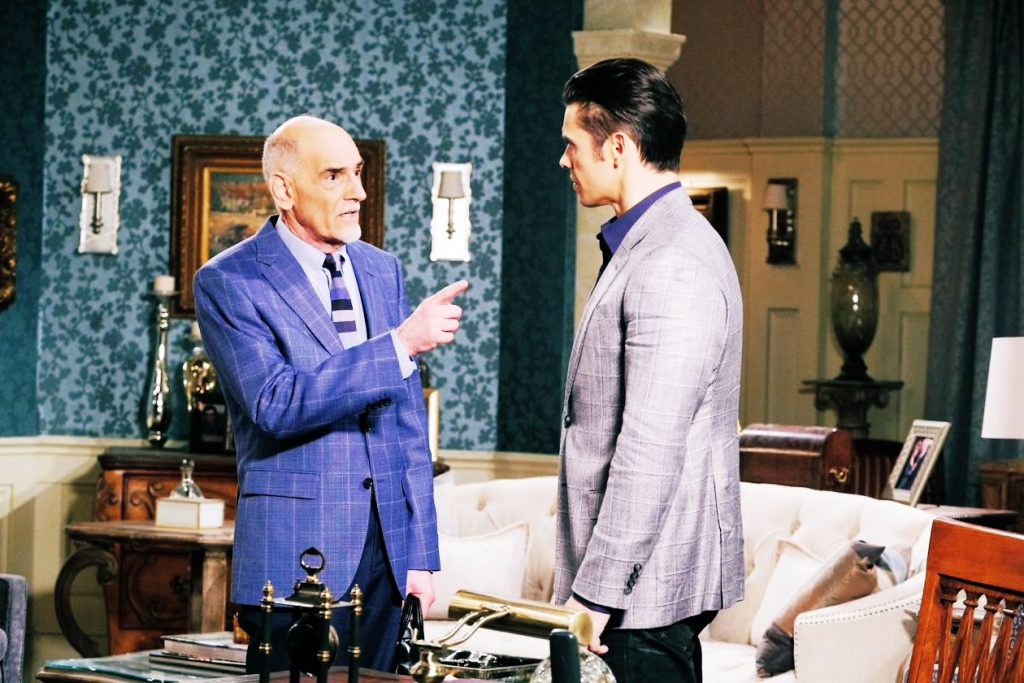 Days Of Our Lives Weekly Preview

The Days of Our Lives weekly preview teases that if you haven’t seen Days of Our Lives lately, now’s the time to drop in! It begins with Jack Deveraux (Matthew Ashford) and Jennifer Horton (Melissa Reeves) canoodling, and Jack telling Jennifer that she’s the best thing that ever happened to him!

Then there is a montage of several couples in Salem, starting with Gabi Hernandez DiMera (Camila Banus) weeping over a brain dead Stefan DiMera (Brandon Barash) This scene was from when she first came to the Salem University Emergency Room and found out he had been shot in the neck, before he had been placed on life support. Next, Ben Weston (Robert Scott Wilson) and Ciara Brady (Victoria Konefal) fall into bed, John Black (Drake Hogestyn) and Dr. Marlena Evans (Deidre Hall) make out on a couch at home, and then there is a scene of Xander Kiriakis (Paul Telfer) kissing Sarah Horton (Linsey Godfrey) and committing to take care of her and the baby as he pats her stomach!

Next, Nicole Walker (Adrienne Zucker) gives Eric Brady (Greg Vaughan) a sexy coming home surprise as she unveils a new nightie under her robe in their living room. Tony and Anna DiMera (Thaao Penghlis, Leann Hunley) share a toast. Then, back to Eric and Nicole’s apartment as Marlena drops in with a gift at an inappropriate time! Eric sheepishly says “Hi Mom” as Nicole scrambles to get her robe back on! That definitely wasn’t the time to drop in!

Monday, Xander enlists Dr. Wilhelm Rolf’s (William Utay) help to try to keep Sarah from leaving town; in a continuation from last Friday’s episode, Xander will agree with Rolf’s suggestion that if Eric knew about the baby, he would make sure that Sarah didn’t leave. Of course that idea comes with the risk that Eric might decide he should man up and be with Sarah instead of Nicole, which Xander doesn’t want and goes against Sarah’s thinking as well. Nevertheless, he decides to let Rolf deliver the results to Eric.

Meanwhile, John and Marlena notice not is all quite right with Hope Brady (Kristian Alfonso) and become concerned. She seems tired and off her game, which is to be expected considering the ordeal with Julie Williams (Susan Seaforth Hayes) and supporting Doug Williams, (Bill Hayes) but something else is wrong – she is not acting like herself! Viewers will recall that Rolf gave her a shot of an unknown substance and also used a scalpel to implant something in her neck and the effects of those must be starting to manifest! Also on Monday, Nicole and Eric have a heart to heart and Anna is blindsided by Tony! 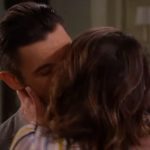 Tuesday, Sarah tells Eric she’s leaving Salem; he will likely try to convince her that she should stick around, but she won’t budge for the time being. Later, Nicole stumbles onto a secret – Sarah’s pregnancy with Eric’s baby, after curiosity gets the best of her and she opens the letter that Rolf delivered with Sarah’s pregnancy results! Of course she can’t be sure that it’s Eric’s, unless Rolf put a note in with it, but even if he didn’t it doesn’t take a rocket scientist to figure that out! Also on Tuesday, Brady Black (Eric Martsolf) and Kristen DiMera (Stacy Haiduk) bond over her pregnancy, and John and Marlena fear Brady is making a big mistake!

Wednesday, Ben and Rafe Hernandez (Galen Gering) get new information about Ciara’s near hit and run outside Brady’s Pub. Ben has suspected his sister Jordan Ridgeway (Chrishell Hartley) of trying to run over Jordan – will the new information confirm or deny his suspicions?

Meanwhile, Xander, apparently changing his mind about Eric knowing Sarah’s pregnant, tries to convince Nicole to keep her mouth shut! He puts Nicole between a rock and a hard place, but she will keep the secret for now, at least. Also on Wednesday, Victor Kiriakis (John Aniston) orders a hit on Jordan, and Gabi remains grief stricken over Stefan’s death.

Thursday, Julie discovers Gabi gave her Stefan’s heart; she may be shocked considering both that she was in a coma when Stefan was brought in and this is the first she’s hearing about Stefan’s tragedy, and also shocked that Gabi donated his heart to save her life! Julie may not know what to make of this information but Doug will probably tell her to play nice with Gabi! Elsewhere, Jack makes amends with Abe Carver (James Reynolds). Viewers will recall that the “old Jack” – the one WITHOUT his memories ran against Abe for mayor, and employed some dirty politics.

Now that Jack is the “new old Jack” with his memories and himself intact, he will reach out to Abe to make amends and apologize for the dirty politics and mudslinging of the past. Also on Thursday, Gabi will be furious when she hears Eli Grant (Lamon Archey) and Lani Price (Sal Stowers) happily making wedding plans, and Kate DiMera (Lauren Koslow) will be perplexed by an encounter with a not-herself Hope.

Friday, Hope’s strange behavior continues, and it may remind some Salemites of what happened when Stefano DiMera (Joseph Mascolo) implanted a memory chip of Princess Gina Van Anhalt’s memories into Hope’s brain over twenty years ago!

However, Rolf put this one into her neck – possibly it’s a new and improved model? Dr. Kayla Johnson (Mary Beth Evans) will reveal to Gabi, Eli and Lani that Julie’s not quite out of the woods yet – they have to wait and make sure that her body accepts Stefan’s heart and doesn’t reject it. Also on Friday, Ben will apologize to Jordan, and Nicole will struggle to keep the truth from Eric.

Days of Our Lives Spoilers: Julie’s Health Crisis Not Over Yet – Gabi’s Sacrifice Pointless?