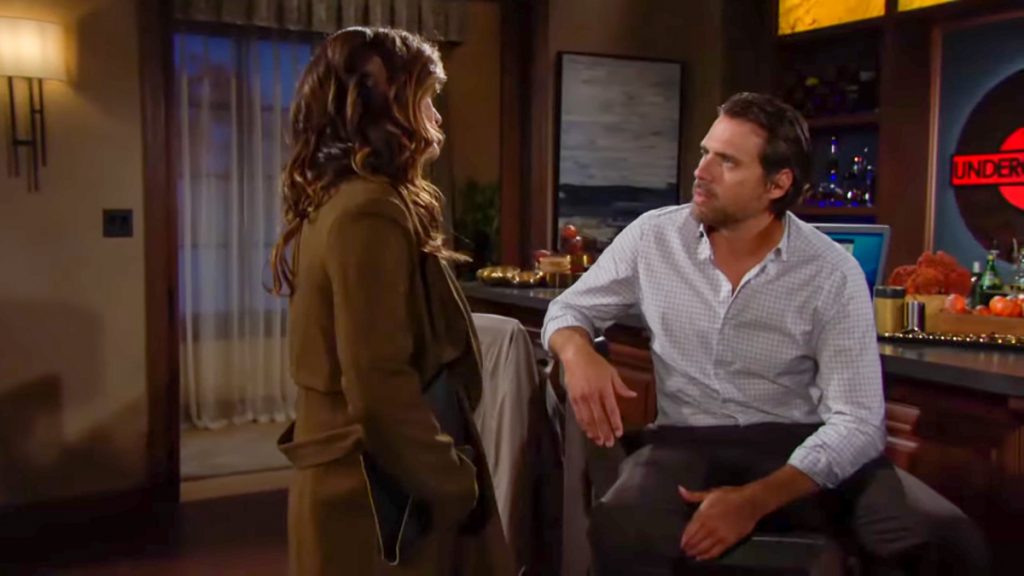 The Young and the Restless spoilers indicate that a series of scandals will plague Nick Newman’s (Joshua Morrow) political campaign.

Nick is embarking on a new career path by running for councilman. After receiving support from his family, he made the decision to run for political office. He’s already started his campaign and is promising to make Genoa City a better community.

While Nick may be confident in his chances of winning the election, he should hold off the celebrations.

With any election, there’s going to be people digging up dirt on the candidates and that’s what’s going to happen with Nick.

Being a member of the Newman family, Nick has been involved in plenty of controversies over the years. Now, those scandals may come back and cost him the election.

The most recent scandal involving Victor Newman’s (Eric Braeden) fake death is going to be a topic brought up during Nick’s campaign. The public is still furious with Victor and the family for their actions, and Nick will have to work hard to get everyone to see his point of view.

Another scandal that could pop up is the JT mask fiasco. There’s still that video of Nick masquerading as JT Hellstrom (Thad Luckinbill). If it were to resurface, it’d paint Nick in a bad light. He’ll be seen as callous for masquerading as an abuser and causing emotional distress for his sister Victoria Newman (Amelia Heinle).

The Young and the Restless Alyvia Alyn Lind Dishes About Her Experience on Daybreak @celebratesoaps #yr #youngandrestlesshttps://t.co/OMRsLlrNmA

Also, let’s not forget about Nick’s relationship with Chelsea Lawson (Melissa Claire Egan). Chelsea has a con artist past and the media is going to dig up dirt on her. Plus, she was recently involved in a money laundering scheme and is being blackmailed by Simon Black (Jeffrey Vincent Parise). If Chelsea’s current misdeeds are revealed, it’d be the end of her and Nick as a couple along with the demise of his campaign.

Nick has always preached the importance of honesty, even though he’s lied plenty of times. With his campaign on the line, Nick will have to deal with any scandal that is thrown at him.

The question is will he be honest with the public or will he lie to protect his image?