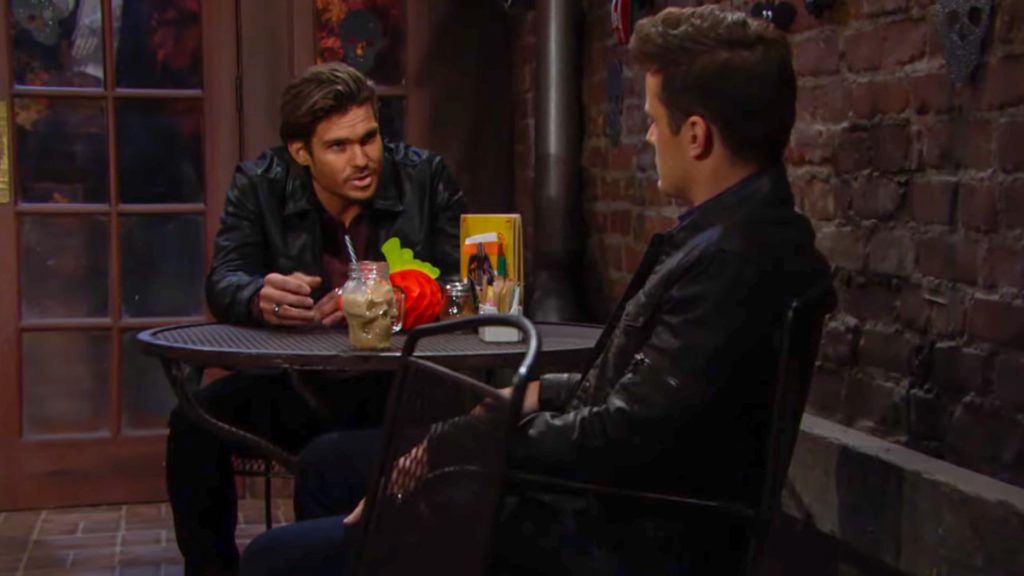 The Young and the Restless (Y&R) spoilers for Friday, November 8, tease that Devon Hamilton (Bryton James) will enjoy a steamy reunion with Elena Dawson (Brytni Sarpy). At home, Devon’s back and eager to make love to Elena. Once they’re done, they talk about Jett Slade (Gilbert Glenn Brown) and ultimately Tucker McCall (Stephen Nichols).

Devon notes that Tucker really did go on a spiritual journey. He caught up with Tucker, who’s not focused on money at all. Tucker assured Devon he had nothing to do with the forged will, and Devon believes him. Since Devon still doesn’t have answers, he wonders if maybe Phillip “Chance” Chancellor IV (Donny Boaz) isn’t the boy scout everybody thought he was.

At Society, Cane Ashby’s (Daniel Goddard) talking about his newfound fortune over the phone. He hangs up and finds Nate Hastings (Sean Dominic) ready to take a few jabs. Nate suggests Cane hasn’t wasted any time. He still doesn’t understand why Katherine Chancellor (Jeanne Cooper) would leave Cane the bulk of her wealth, but Cane defends their bond and her choice. 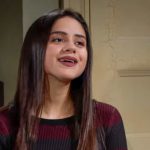 After Cane promises to make Katherine proud, he urges Nate to give Devon a message. Cane wants Devon to know he’s not going to let him down. At the Grand Phoenix, Amanda Sinclair (Mishael Morgan) has a phone conversation with someone and mentions having a tracker on someone. She likes to know where he is at all times.

Cane shows up and discusses the twins’ trust funds with Amanda. She’s just got some final paperwork she has to print. Later, Amanda’s taken aback by the sight of a man downstairs. Nate picks up on her discomfort, but she brushes it off. Upstairs in Amanda’s suite, Cane’s still there when Chance kicks the door in. Chance moves in quickly and punches Cane in the face.

In the lounge again, Chelsea Newman (Melissa Claire Egan) deals with Simon Black (Jeffrey Vincent Parise) and his continued threats. She’s agitated when Simon brings up Connor Newman (Judah Mackey) again, but he offers a final warning in return. Simon will be forced to do the unthinkable if Chelsea can’t come up with the cash.

At Crimson Lights, Theo Vanderway (Tyler Johnson) meets Adam Newman (Mark Grossman), who mentions Theo’s new Abbott link. He feels it makes Theo interesting and points to his own journey in finding out he was a Newman. Adam notes that Jack Abbott (Peter Bergman) is his friend and wants Theo to tread lightly.

After Adam leaves, Theo’s surprised by a vision of his dead father. Eric Vanderway (Jon Briddell) appears and gives Theo some guidance. Theo’s overwhelmed since some people are pushing him to embrace his Abbott connection and others want him to back off. Eric thinks only Theo can decide and wants him to follow his good heart. He assures Theo that he had a good life like Dina Mergeron (Marla Adams) wanted and now wants the same for Theo.

At Adam’s penthouse, he’s caught off guard when Chelsea wants him to take Connor to Hope Wilson’s (Beth Toussant) farm. Chelsea sells it as a chance for Adam and Connor to bond for a few days, but Adam wants her to come with them. When Chelsea refuses, Adam gets suspicious and wants to know what she isn’t telling him.

Chelsea argues that she’s just got a lot on her plate and wants to do something nice. She’s fed up with all the questions, so Adam agrees to take Connor to the farm tonight. The Young and the Restless spoilers say some there’s much more drama ahead. We’ll give you updates as other Y&R news and rumors emerge. Stay tuned to see what’s next in Genoa City.