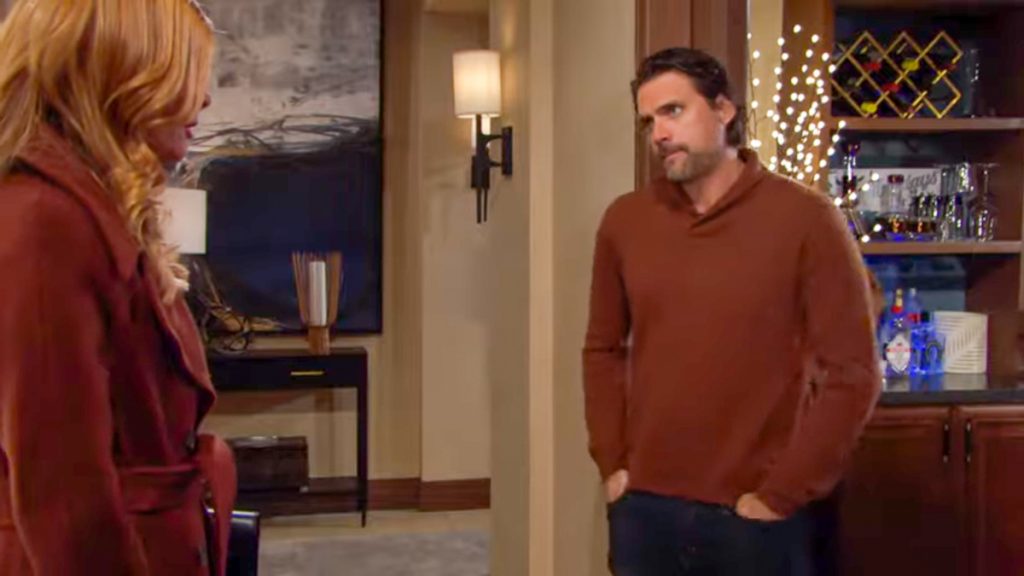 Nick has been hanging out a lot with ex-wife Phyllis Summers (Michelle Stafford) lately, but not intentionally. They just keep running into each other, mainly at Society where he’s been eating out a lot since Chelsea Lawson (Melissa Claire Egan) has been living with his half-brother and rival Adam Newman (Mark Grossman). Of course, she has the noblest of reasons; her and Adam’s young son Connor Newman (Judah Mackey) lives with Adam and he has been going through some troubling behavioral and emotional challenges and he feels safer with both of his parents with him.

However, he is getting frustrated with more and more time away from Chelsea and feels neglected! He knows he is a grown man and Connor is a little boy and the father in him understands that, but he is a lonely guy when she’s gone so much! However, his interactions with Phyllis help his loneliness and they don’t talk about negative things from their past together, just fun and fond memories, and enjoy playing games against each other on their phones.

Talking about old happy memories and playing the phone games with Phyllis seems to be good for Nick, bringing some positivity and fun into his life. Chelsea’s life, on the other hand, seems to be revolving around her son, and even though Nick knows better than allow himself to be jealous over a child, pretty much every discussion they have is over Connor and his problems.

There is nothing fun in their relationship any more, although they did manage to have some romantic alone time recently for the first time in probably months! But just having fun watching television, playing games, or doing anything spur of the moment is not in Chelsea’s playbook any more – it’s all about Connor and his needs and his wants – and his whims!

He doesn’t have to talk about his problems with Chelsea to Phyllis, she already knows all about it because of Adam giving her some problems lately. She thought she and Adam were friends but now she’s mad because he is treating her like a minion and asked her to seduce Nick away from Chelsea so he can get back together with her!

She hasn’t told Nick about this yet, but it looks like she might in the near future. In the meantime, it looks like Nick might confess to Phyllis that they had a good life together in the past, when it wasn’t interrupted by affairs and arrests and he might even admit they could have a good life together still, were it not for his conflicting circumstances with Chelsea!