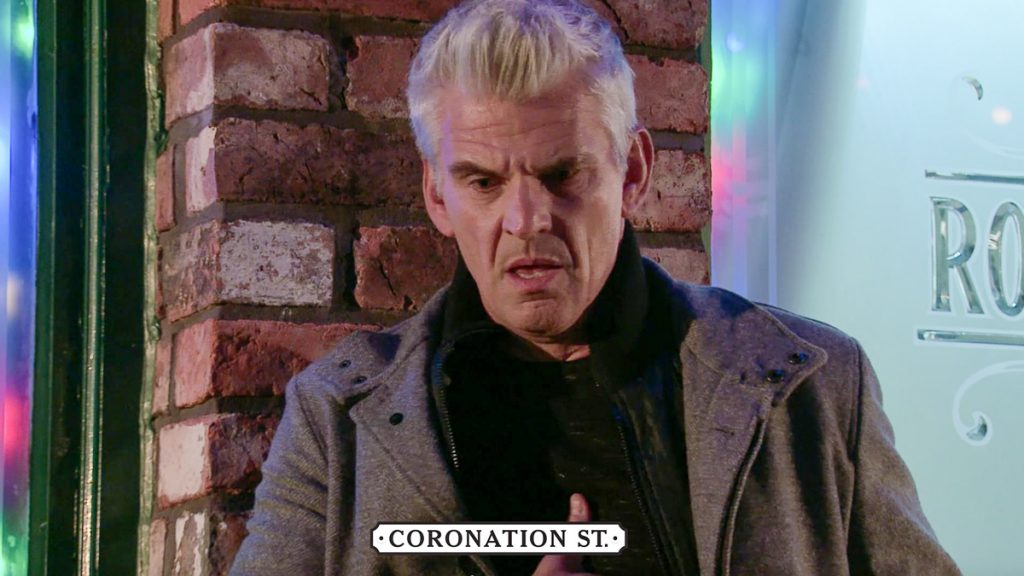 Coronation Street spoilers teased Michelle Connor (Kym Marsh) and Vicky Jefferies (Kerri Quinn) didn’t completely think out their plan. As a result, the revenge plot has been discovered. Last week, we saw that Robert Preston (Tristan Gemmill) recorded Michelle’s confession. Now he is issuing demands, but will the betrayed bride turn on Vicky in order to save herself?

Corrie spoilers reveal Robert nearly went to prison due to Michelle and Vicky’s plot. However, when the pregnant mistress went into labor, Michelle had to deliver the child. Not wanting to risk an innocent baby’s life, she felt there was no other option but to call paramedics.

Of course, word got back to the court that Vicky was alive and well. However, but by the time he got to the hospital, Vicky had disappeared with their newborn son. This leads to him tricking Michelle into confessing, which he recorded. He either gives up the location of his new son or she will face legal consequences.

This puts Michelle in a difficult position. On one hand, she gave her word to Vicky that her location would be kept secret. But then again, Michelle doesn’t want to risk getting into trouble with the police for the revenge plot.

Coronation Street spoilers tease that Michelle might not have any choice but to tell Robert where Vicky and the baby are hiding. He might be a disgusting creep for cheating and being engaged to both women at the same time. However, he is the father of a little boy. One day, that child could want to know where he came from.

Plus, turning the recording over to the police could cause a lot of problems for Michelle. She would find herself in hot water.

This story could end up going one of two ways. Michelle could tell Robert where his son is and he meets his child. Vicky might be upset, but that would give her peace of mind that she wouldn’t face legal trouble. The other possibility is that Michelle decides to run off and not say anything to Robert.

We know that actress Kym Marsh is leaving the soap soon. It is also confirmed that she trashes the Bistro after discovering the identity of the buyer. Will she flee the cobbles in order to avoid pressure from Robert? Or could she say goodbye after betraying Vicky in an attempt to save herself?