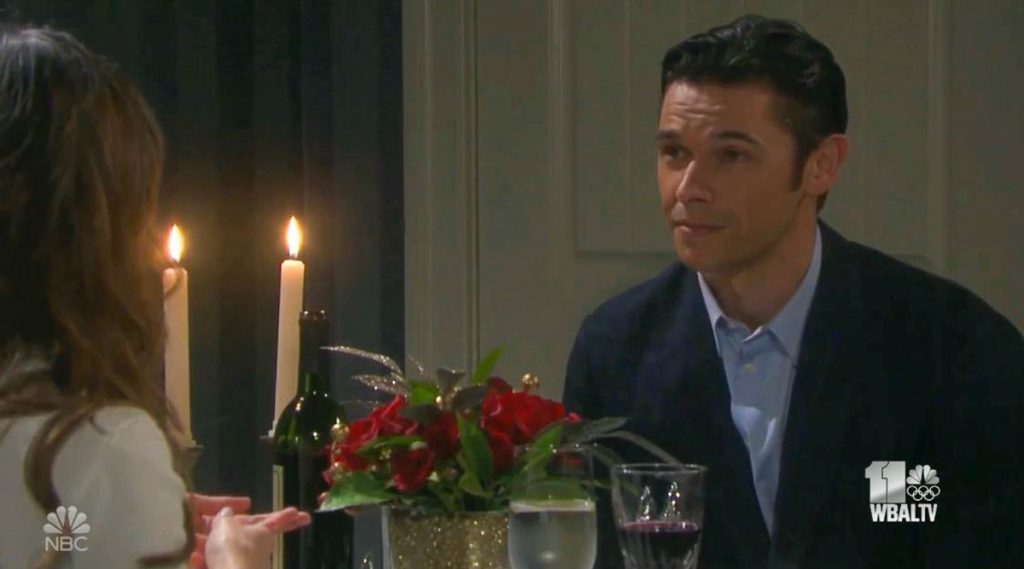 Days of Our Lives spoilers reveal Xander Cook (Paul Telfer) and Sarah Horton’s (Linsey Godfrey) romance was rudely interrupted by Eric Brady (Greg Vaughan). The relationship seems to be up in the air right now and fans aren’t sure what to expect. The actors recently discussed the storyline, indicating “Xarah” will be a slow-burn. However, fans will reportedly be very happy in the end.

Days of Our Lives Spoilers – Xander Cook: A Villain in Love

DOOL spoilers indicate that Xander has changed quite a bit. He got bitten by the love bug and despite Sarah pushing him away, his heart was determined to win her over. Just when the two were starting to explore a budding romance, the truth about Mackenzie “Mickey” Horton’s (the May twins) paternity came to light.

In the latest issue of CBS Soaps In Depth. Linsey Godfrey revealed how Sarah feels about Xander. She explained that she has a lot of love and appreciation for the man who has been by her side throughout her ordeal. It seems that she is finally beginning to see a future with the man, despite how everyone else in Salem feels about him.

Days of Our Lives spoilers suggest that Eric won’t be feeling any differently about Xander in the near future. The villain has done a lot of horrible things to the people Eric cares about. He already gave Sarah an ultimatum and told her he’s willing to share custody of Mickey as long as Xander stays far away. However, this will prove to be easier said than done.

Regarding if Eric will ever ease up on Xander, actor Paul Telfer said that it will probably never happen. There’s too much history and bad blood.

As far as the future of “Xarah,” if there is one, will these two characters ever get to be together? Godfrey teased that the relationship will be a “slow burn.” Telfer added to this by saying,

“I really think anybody that was interested in the tiny little beginnings of the ‘Xarah’ thing is gonna be very happy with what’s happening because you get a full, three-course meal.”