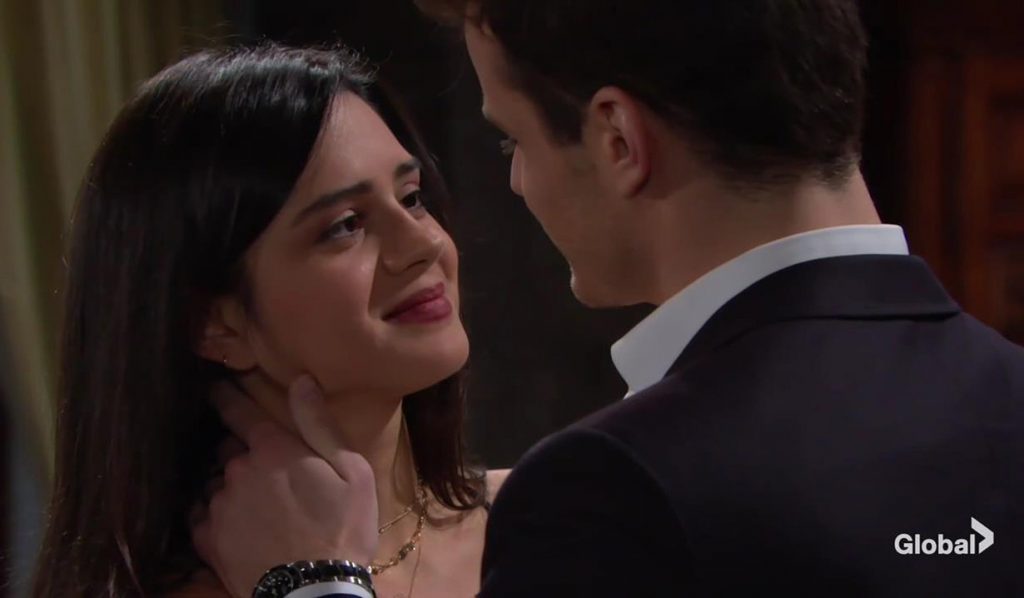 The Young and the Restless spoilers tease that there’s even more trouble ahead for Kyle Abbott (Michael Mealor) and Lola Rosales (Sasha Calle). Even though they are supposed to be planning for their wedding day, there’s one person from Kyle’s past that is getting in the way of their happiness: Kyle’s old friend, Theo Vanderwall (Tyler Johnson).

Theo is telling everyone and anyone willing to listen that he and Kyle used to have unforgettable nights many years ago in New York City. He claims that Kyle was a huge ‘ladies man’ and that he loved getting attention from the opposite sex.

And even though Kyle has obviously moved on, Tyler won’t let the past go. He insists that there’s a little bit of the old Kyle left in him. Or at least, that’s what it seems like!

Y&R Spoilers – Theo Vanderwall Is Nothing But Trouble

Tyler Johnson, who plays Theo Vanderwall on the hit CBS show, tells Soaps in Depth in an interview, “Theo does everything with passion, enthusiasm and his passion for the truth can sometimes get him into trouble. But he’s most interested in the light that the truth brings. He wants everything out in the open!”

With that said, it looks like Theo is going to give Lola even more of a reason to have doubts about her future with Kyle.

After all, he hasn’t always been very truthful with her in the past. And with everything that happened with her accident and Kyle marrying Summer Newman (Hunter King), Lola has every reason to be worried!

Young and the Restless Spoilers – Will Lola Rosales Pull Out Of The Wedding?

However, Kyle insists that he’s not the same person that he was many years ago. He even told Lola that he’s not interested in Theo’s lifestyle and that his partying days are long gone. But can Lola trust him? Or will she be making yet another mistake in her life? The last thing that Lola needs right now is a broken heart or worse, a divorce! Of course, fans will have to tune in for all of the latest action!

Keep up with Soap Opera Spy for all the latest.

Young and the Restless Spoilers: Rey Gets His Badge Back – Adam Newman Better Watch His Back