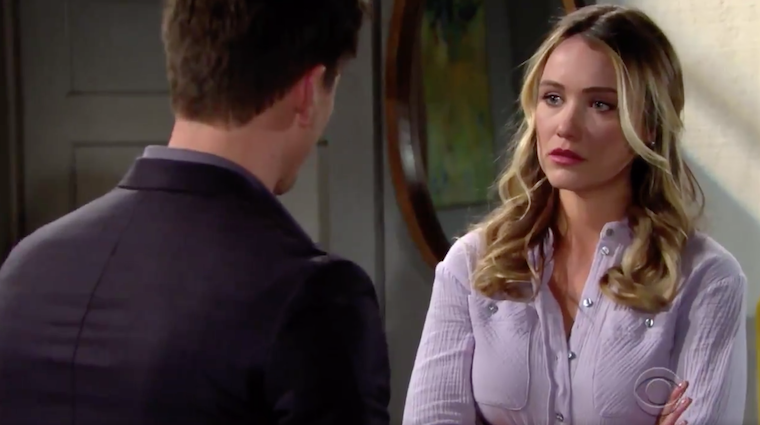 The Bold and the Beautiful spoilers tease that the life Flo Fulton (Katrina Bowden) has always dreamed of having is about to be taken away from her, and in the most dramatic way, too.

That’s because Wyatt Spencer (Darin Brooks) is going to pull the plug on their relationship after he realizes that Flo isn’t the sweet, honest and respectable woman that he thought she was. Here’s everything that you need to know.

The Bold and the Beautiful Spoilers – Flo Fulton Tells The Truth

According to Soaps in Depth, Wyatt was livid when Flo confessed the truth about Baby Beth to both him and his brother, Liam Spencer (Scott Clifton). As a matter of fact, Wyatt looked more upset and furious about Flo’s lie than Liam did!

Katrina Bowden, who plays Flo on the hit CBS soap, told Soaps in Depth in an interview, “Flo didn’t do the right thing in order not to hurt others, but that’s exactly what has happened.

Nothing was done maliciously, but now that she is finally free of this terrible secret and now that Wyatt knows, she’s hoping that somehow they can get past it. She doesn’t expect sympathy, but she hopes that in some way he can see how much of a struggle this was for her.”

Katrina added, “In the scenes where she is telling Wyatt her story, Flo makes it clear that none of this is an excuse, but she was hoping maybe he might possibly emphasize even just a little bit with her predicament.

But she also knows he’s a stand-up guy. That’s one of the reasons Flo fell in love with Wyatt all over again. And she knew that he broke up with Sally for keeping a secret that was way less damaging so, she did expect it – and now she has to live with it.

So does this mean that Flo’s life in the Forrester mansion is done? Will she have a chance to redeem herself in any way to Wyatt along with with the rest of the Spencer, Logan and Forrester families? Fans will find out soon enough!

Keep up with Soap Opera Spy for all the latest.