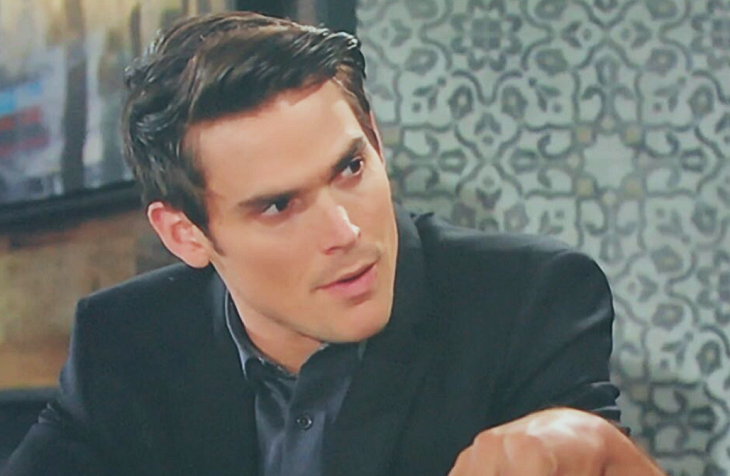 Adam Newman (Mark Grossman) plans to win on ‘The Young and the Restless’. What victories he may achieve is up for debate.

He’s trying to gain custody of his second-born son, Christian Newman (Jamie and Alister Tobias), and make contact with first-born son, Connor Newman (Judah MacKey). Both efforts have been to no avail to-date, with other personal and business pursuits being mostly mixed. Adam lies a lot in order to advance often hidden agendas. But he’s telling the truth when it comes to wanting to be with his sons.

Chelsea Boudreau (Melissa Claire Egan) purposely left Connor behind in Louisiana with her mom, Anita Lawson (Catherine Bach). She told Adam that he’s changed since the cabin blast and isn’t the type of person Connor should be around.

Nick Newman (Joshua Morrow) is Christian’s uncle, but the boy thinks of him as his dad. Since his memory was restored through Chloe Mitchell’s (Elizabeth Hendrickson) failed shot, Adam has been insistent on claiming Christian as his own. That’s the basis of the custody battle that currently has Vickie Newman (Amelia Heinle) serving as guardian through October, when a final decision is set to be made.

Why Adam is allowing Phyllis Summers (Michelle Stafford) to remain in charge of Dark Horse is perplexing. But as she said, he has some tricks up his sleeve.

Young And The Restless Spoilers – Why Is He Continuing To Ride Dark Horse?

Phyllis worked with Vickie to sell numerous company assets to Newman Enterprises. Nick then accepted some of those properties back, as part of Phyllis’ surprise gift to him. He wanted Newman to keep many of the locations he’d basically stolen last summer.

The property Phyllis viewed as her signature accomplishment, the Golden Phoenix Hotel, is actually located in Detroit, Michigan, rather than Genoa City, Wisconsin, as she assumed. It’s set to be demolished, as Adam gleefully told her.

Adam has been following Phyllis’ crafty moves, which she wasn’t aware of. With that Y&R fans are right to wonder what his motive is for continuing to ride Dark Horse?

Young And The Restless Spoilers – Shadam Is Clearly His Second Choice

Adam assumed that his wife would be thrilled to learn that he survived the cabin blast. But Chelsea got remarried after she thought Adam died. Despite Calvin Boudreau’s (John Burke) sudden death last month, Chelsea still didn’t want Adam back. She wants Nick instead.

Chadam’s unexpected ending set Adam off and also allowed him to begin using Sharon Newman (Sharon Case) again. She doesn’t see it that way, though everyone else does. Whether this classic couple fully reconciles and then lasts is yet another question that Adam’s return, via the recast, creates for viewers.

Fans of ‘The Young and the Restless’ rightfully express their opinions on a regular basis. So, what victories will Adam achieve, if any? Please vote in our poll below!

Days Of Our Lives Rumor: Was Tony Resurrected By Dr. Rolf’s Serum?