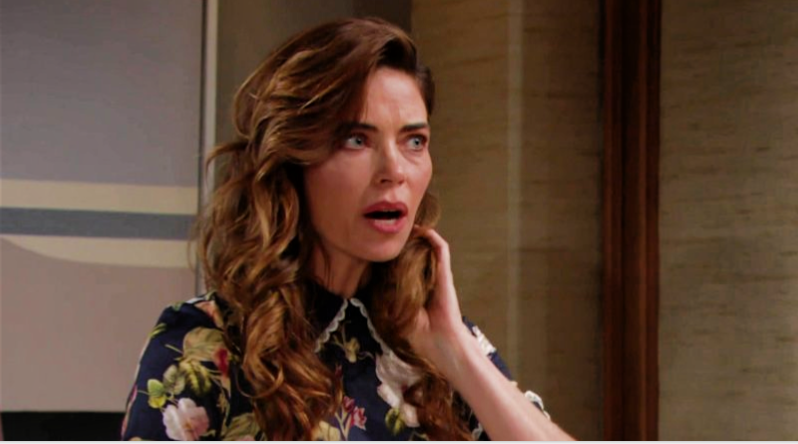 The Young and the Restless spoilers for Monday, October 7, tease that Victoria Newman (Amelia Heinle) will be working on saving a contract at Newman Enterprises when Billy Abbott (Jason Thompson) arrives. They’ll discuss how other deals were lost after Victor Newman’s (Eric Braeden) press conference, but she’ll still be feeling confident. Billy will think that Victor is lucky that she’s in charge there.

Young & The Restless Spoilers – Victor Newman Steps Back To The Helm

Next on Y&R, Nikki Newman (Melody Thomas Scott) and Victor will chat at the Newman Ranch. Victor will have just had a physical, and they’ll discuss how the children and grandchildren are dealing with how they handled the situation with Adam Newman (Mark Grossman).

Victor will say that he plans to go back to Newman Enterprises to restore some normalcy to the family, but Nikki will worry about Victoria’s likely reaction. Victor will insist that he’s not taking her job away since he never handed over the company to her in the first place, and that she’ll become COO.

Next on Y&R, Jack Abbott (Peter Bergman) and Summer Newman (Hunter King) will chat at the Abbott estate. Summer will need to talk, and she’ll proceed to explain that she’s feeling overwhelmed. She’ll complain about what’s been going on with Adam and Phyllis Summers (Michelle Stafford), and what the Newman family recently put her through.

Victor will then arrive at the house, wanting to talk with Summer, who will say that she’s been getting support from Jack. Victor will explain why he went to such lengths and faked his death. Summer will say that she should love him less, so it won’t hurt so much next time, then she’ll leave in a huff. Afterwards, Jack and Victor will talk, and Jack will express that he felt suckered after he learned Victor was alive, but still Victor will defend what he did.

Then, Jack and Traci Abbott (Beth Maitland) will then turn to working on their book about the Abbott family. Jack will say that he wants to include everything – the bad and the good – so long as they treat Dina Mergeron’s (Marla Adams) life with respect. Traci will say that it would mean a lot of Dina knew that he understood that Dina never meant to hurt their father. They’ll write together and Jack will think what they’ve accomplished so far is perfect.

Next on Y&R, at Devon Hamilton’s (Bryton James) penthouse, he’ll tell Elena Dawson (Brytni Sarpy) that he hasn’t yet heard from Cane Ashby (Daniel Goddard). Elena will think that the upcoming ribbon-cutting ceremony for his new building for New Hope will be a nice break for him, since he’s still on edge from his meeting with Amanda Sinclair (Mishael Morgan). 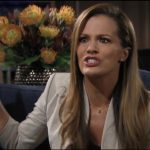 Young & The Restless Spoilers – Chelsea Lawson Gets Some Advice

Meanwhile, at Nick Newman’s (Joshua Morrow) place, Chelsea Lawson (Melissa Claire Egan) will say that she’s not going to the ribbon-cutting event with Nick, and that she’s keeping Connor Newman (Judah Mackey) home from school as he’s not doing well. Nick will suggest that she talk with Sharon Newman (Sharon Case) about dealing with Connor, but Chelsea will balk.

Later, Sharon will come by the house and she and Chelsea will end up taking about Connor. Sharon will think that he’s protecting himself emotionally, and ultimately Chelsea will agree to let Sharon talk to him. Afterwards, Sharon will tell Chelsea that they talked about baseball, but that Connor wouldn’t talk about his father.

Next on Y&R, at the New Hope gathering, Victoria, Billy, Nick, Devon, and Elena will arrive. Nikki will show up and try to tell Victoria something, but Victoria will put her off to go talk to a client. Billy will take off for Jabot, and Victor will arrive. Victoria will come up to Victor and tell him that she has been asked to comment on a rumor that he’s returning to Newman Enterprises as CEO.

Victor will tell Victoria that it’s not a rumor, which will upset her a great deal. Victor won’t seem to care about that, and Victoria will rant that he only put her in control to hurt Adam, and that he keeps using her and letting her down. She’ll leave in a huff. Nick will chide his father about the incident, but Victor will think that Victoria will get over it. Nikki will tell Victor that he needs to start pulling the family together rather than pushing it farther apart.

Finally, on Monday’s new episode of Y&R, Victoria will return to the Newman CEO office, look at her father’s portrait, then throw a letter opener at it. She’ll say, “You’re not getting away with it this time, Dad.”