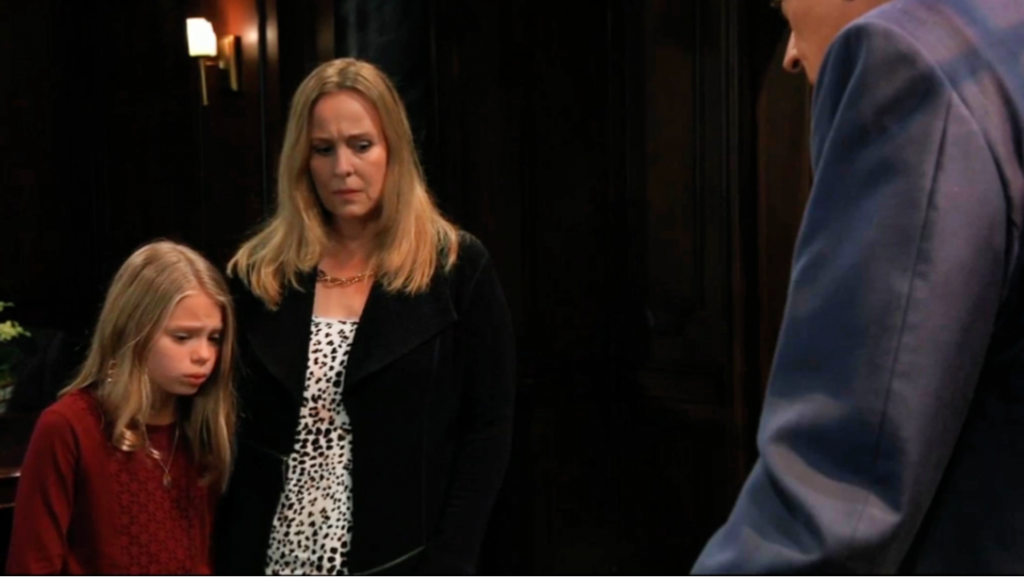 Peter August (Wes Ramsey) and Valentin Cassadine (James Patrick Stuart) have been waiting at the church where Valentin and Nina Reeves (Cynthia Watros) are to remarry. It looks like the bride and the rest of the wedding party and guests are arriving, and Peter tells Valentin “It’s showtime!” It may turn out to be much more of a dramatic show than anyone could have guessed!

Outside the church, a confused Charlotte Cassadine (Scarlett Fernandez) looks over at someone and asks, “What’s wrong”? Chances are, she sees tears in her “big sister” Sasha Gilmore’s (Sofia Mattsson) eyes as Sasha feels oh so guilty about the lie she has lived for over a year now, but has to wait to come clean to Nina, who she dearly loves, at least until Cassandra Pierce’s (Jessica Tuck) trial is over. Michael Corinthos (Chad Duell) and she had decided coming clean now could harm her credibility as a witness, so they decided to wait until after the trial. Little does she know that before the day is over, the truth will be out, and not how she wanted it to!

Impatient Lulu Spencer, (Emme Rylan) bursting at the seams to tell Nina the truth about her fake daughter and the fraud her almost husband Valentin has committed, interrupts the wedding and tells Nina, at the altar, “I have to tell you something – and it can’t wait!” Nina will try to shut her down and undoubtedly Valentin will as well! Poor Charlotte will be even more confused when she sees her mother behaving like that! 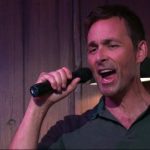 Damian Spinelli (Bradford Anderson) has questions; apparently he has been contacted by Jason Morgan (Steve Burton) about the fake tape brought into the PCPD by Daisy Kwan (Kelsey Wang) but hasn’t heard the whole sentence yet! He looks shocked and concerned and asks, “Carly?” Perhaps he’s the last to know about the baby and spots her in a hospital room at GH and is surprised to see her there!

Sam McCall, (Kelly Monaco) Diane Miller, (Carolyn Hennesy) and Jason are back in the interrogation room at the PCPD talking about what they have found out about the goings-on at the dock and upon the Haunted Star; Sam says to Jason that Peter was definitely working with Shiloh Archer (Coby Ryan McLaughlin) after Jason talked to Dev Cerci (Ashton Arbab) in Friday’s episode and found out Peter was carrying a big gym bag at the docks.

Elsewhere, Josslyn Jacks (Eden McCoy) has news for Dev that he looks a little bit frightened by! Viewers will recall from Friday’s episode that Joss confessed to her father, Jasper Jacks (Ingo Rademacher) that Dev wasn’t really Sonny Corinthos’ (Maurice Benard) cousin, and Joss is telling Dev that her father knows about him!

In the Corinthos kitchen, Jax is angry – make that mad as Hades – and confronts Sonny, calls him a son of a female dog in not so delicate of terms, and hurls accusations at him about his not having changed at all! This must be about Dev and chances are, Jax has figured out more about him than Sonny thinks he has!

GH Spoilers – Is Something Wrong With Donna Corinthos?

In Carly Corinthos’ (Laura Wright) hospital room at GH, her mother Bobbie Spencer (Jacklyn Zeman) is visiting her as all of a sudden Carly turns her head towards someone and cries, “Donna”? Has a nurse or doctor come in with bad news, or did Donna have a ride from the NICU to Carly’s room and a monitor went off?